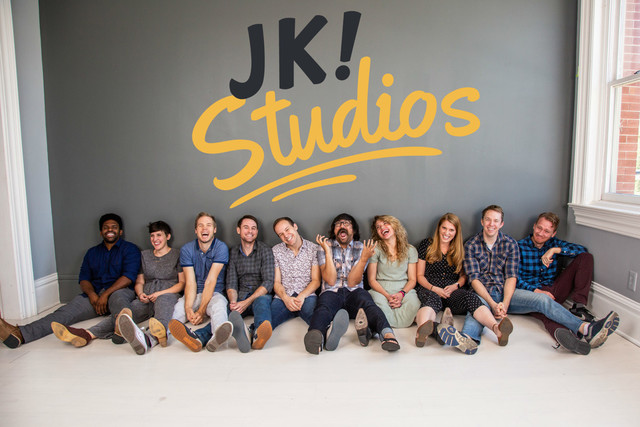 Exciting news from the classic cast of Studio C.

Have no fear, Studio C fans. Matt Meese, Mallory Everton, Whitney Call, Jason Gray and the rest of the crew have more comedy up their sleeves in the form of an online, family-friendly comedy network.

“Whereas we were doing one show with ‘Studio C,’ now we’re going to be doing many shows,” Meese said in an interview with the Deseret News. “If it’s family-friendly and comedy, we want to get our hands in it.”

The network, called JK! Studios, is scheduled to launch in January 2019 with a mix of five to seven shows of varying types, including sketch comedy, sitcom, improv and podcast, all performed and created by the 10 original cast members of BYUtv’s sketch comedy show, Studio C.