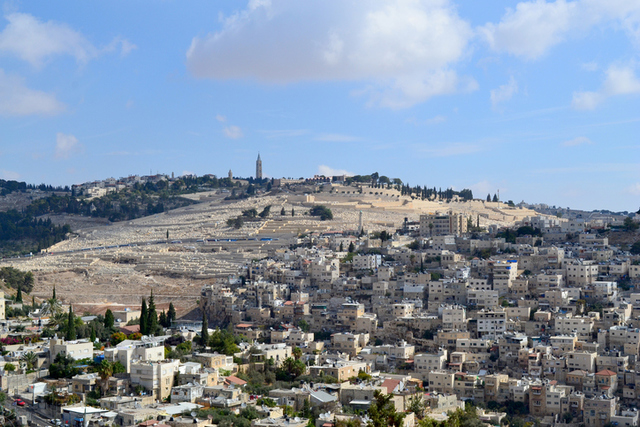 Today marks a unique 175th anniversary in Church history. On October 24, 1841, Elder Orson Hyde traveled to Jerusalem, climbed the Mount of Olives, and dedicated the land for the return of the Jewish people. He offered a dedicatory prayer that focused on the gathering of Judah, the building up of Jerusalem, and the building of a temple.

An article on lds.org celebrating the 150th anniversary of this historic event shares some of the results of this prayer: “With the keys of the gathering restored and the land dedicated, the Lord’s Spirit began to move among Jews throughout the world. Many who were not even aware of their Jewish ancestry began feeling restlessly Jewish; others who had ignored their heritage felt their hearts begin to turn. A common desire began to build among many Jews to find their roots in their ancient homeland.”

And though the promises of this prayer are looked forward to by many, the same lds.org article also reminds us that,

“Some of our Arab/Palestinian friends express concern about Elder Hyde’s prayer because they feel anything that favors the Jews must oppose them. On the other hand, some of our Jewish friends have a tendency to interpret the prayer as conferring political support for their cause. Even members of the Church are sometimes confused as to how the prayer is to be understood.

“The scriptures and the modern prophets clearly teach that all father Abraham’s children have a place in the Lord’s plan, and our Arab/Palestinian friends are a part of this group. Latter-day Saints need to be more sensitive to the hurt, disappointment, and even anger created among our Arab/Palestinian friends when we blindly attribute divine approbation to all that takes place in that part of the world we call the Holy Land.” 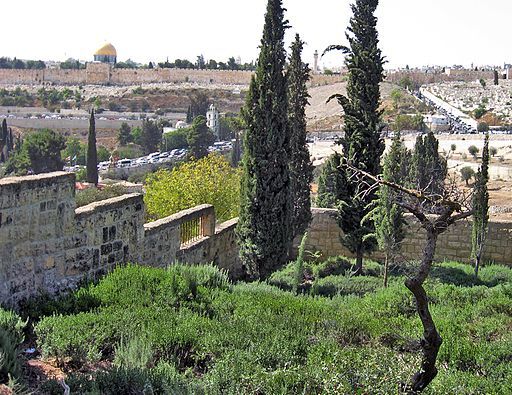 To commemorate this significant event in Church history and Elder Hyde’s part in it, the Orson Hyde Memorial Garden was dedicated on the Mount of Olives on October 24, 1979, in the presence of Church leaders, Israeli dignitaries, and Arab notables.

President Spencer W. Kimball dedicated the memorial garden, and portions of the dedication were broadcast to the U.S.

A beautiful amphitheater is a nice lookout over the city and many other landmarks. There was also a large plaque in the top of the garden containing excerpts of Elder Hyde's prayer, written in both English and Hebrew, but it was later removed due to repeated vandalism. 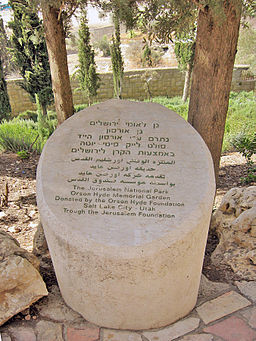 Today, the park has been joined by the nearby BYU Jerusalem Center, which is flooded with thousands of visitors and students to this day.

Read the incredible story of the BYU Jerusalem Center in A Jewel of Jerusalem.