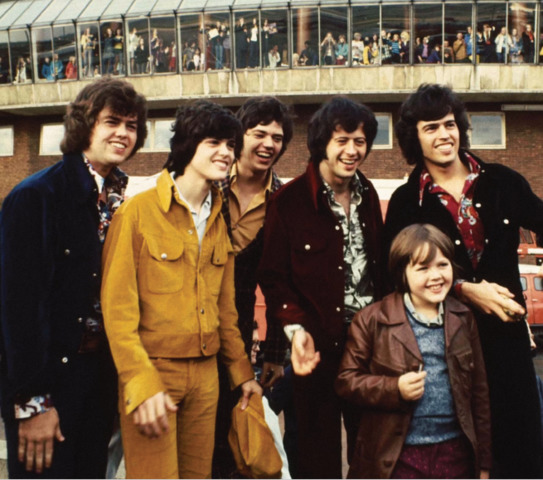 Osmondmania: The Latter-day Saint Family Who Took the UK by Storm as "Musical Missionaries"

The Osmonds’ international influence came to the attention of Church president Spencer W. Kimball, who requested that they come to a dinner in their honor. Clark describes this unique occasion:

It was 1977, and we were invited to Salt Lake City for a dinner by none other than Spencer W. Kimball and his wife, Camilla. . . . [He said], “Well George and Olive, . . . I have some news that I would like to share with you. It’s come to my attention that this past year, through the missionary department referral system, your remarkable Osmond family is responsible for over 28,000 convert baptisms this year alone.” And he said, “Brother and Sister Osmond, I would like to extend an invitation to you and your children tonight in this very special setting to be missionaries of The Church of Jesus Christ of Latter-day Saints worldwide. And it will be my pleasure and my honor to set you apart individually in that calling.” And before the night was over, they had been set apart as full-time missionaries in the Lord’s service.

Yet this was not their first encounter with a Latter-day Saint prophet. In 1972, several years before their special meeting with President Kimball, the Osmond family was given counsel by President Harold B. Lee. Jay recalls when the prophet provided this inspired counsel to his family. “[He said], ‘Whether it’s the places you go, the things you do, the friends you keep, always choose that decision, [that] option that will bring you closer to God.’”

These words sank deep into Jay’s heart. He notes, “I’ll never forget that. When we walked out of that boardroom, down the stairs, our family changed. I felt a big change. I was just a brand-new teenager, and I felt a heavy weight on our shoulders.” 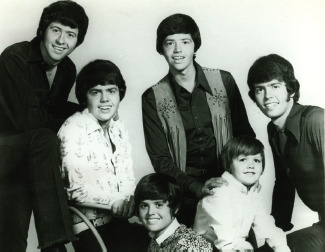 Did you know? Alan Osmond, who kindly reviewed this article, added, "The prophet knew we were being bombarded with press and media, so he authorized us to receive a little more help with missionary work by having us all ordained as Seventies.

His younger sister, Marie, likewise cherished this memorable experience and said that it took place just after she received her testimony of the truthfulness of the Book of Mormon. Marie also recalls another time when she and her family were invited to a private meeting with the Quorum of the Twelve Apostles of The Church of Jesus Christ of Latter-day Saints:

President Lee said, “You are going out into the world. I’m going to give you a little advice. In any decision there are two choices—you either do it or you don’t. Always make the choice that will take you closer to the celestial kingdom of God, and it will always be an easy choice for you.” That has always stayed with me my whole life because maybe it’s not the easiest choice, but you know it’s the choice to make. And I’ve walked away from many things—parties where cocaine was dumped on the table from record companies, you know, to say “Thank you for your fabulous records and albums.” I’m probably not the greatest celebrity because I don’t party. But I’m still here after five decades.

The Osmonds did not take their spiritual charge casually but tried to make good decisions and bring light into every performance. In fact, each of the Osmonds would tell you that one of the keys to their success was that they never performed before an audience without having prayer together. This tradition continues to the present day. For example, looking back over the Donny & Marie shows the past decade, Donny notes, “Still we pray before every show, even in Las Vegas. We’ll have a little circle of prayer—our dancers, Marie, and myself, . . . and we let the dancers pray. It’s beautiful, and it brings such a wonderful spirit to what we’re going to do for the next 90 minutes on that stage.” 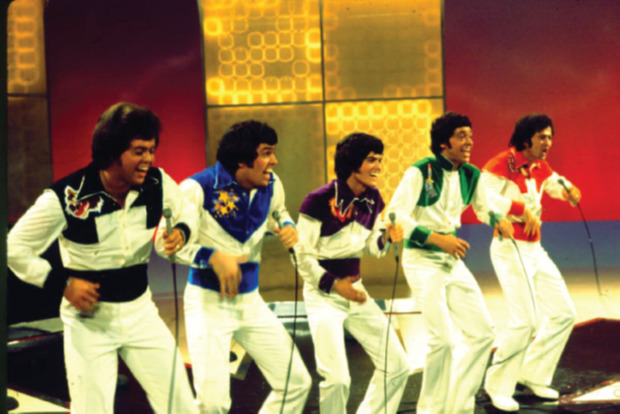 ►You'll Also Like: When Marie Osmond Was Offered Was Offered 5 Million to Be in Playboy and Donny Was Asked to Fake a Drug Bust to Help Their Careers

Although the original band that performed in the UK during the ’70s no longer performs as an entire group on a regular basis, there are special occasions when they all perform together, and some of the Osmond brothers still continue to perform in the UK. In fact, Jay and Merrill Osmond gave concerts in 2019, and their younger brother Jimmy has performed in the United Kingdom on a regular basis. Further, in interviews with Donny and Marie—whose show in Las Vegas has been ranked no. 1 for the past three years—they both mention with delight how the British fans continue to come to their shows on the Strip. Donny shares:

The UK has always had a soft spot in my heart because of the fans. You cannot be in show business, even for a short period of time, unless you have a fan base. But what was interesting, and this just happened a couple years ago, [is that] I did an arena tour over in the UK, and it sold out like crazy. I mean, the screaming was reminiscent of the ’70s, although we were a lot older. The screams were coming from middle-aged women rather than little teenagers, but it was phenomenal. Other people told me that not a lot of people enjoy this type of loyalty from a fan base, so the UK has always had such a very, very soft spot in my heart, and a very good place for my career, because it really was the UK that launched us into stardom.

Merrill Osmond also mentions that from his UK travels he has learned that “the Welsh love to sing. . . . In these little gatherings. . . the Welsh want to sing us a song.” He adds that one influential Welsh ancestor of the Osmonds, John Parry, was asked by Brigham Young to form the Tabernacle Choir. And Merrill notes, “So I think the whole ancestors of the Osmonds—that singing stuff—I think really affected the Osmonds.”

The “singing stuff” is not slowing down anytime soon, and the Osmond legacy continues into the 21st century. In fact, Jay Osmond indicated that he would be producing a musical about the story of the Osmond family titled He’s My Brother, which is scheduled to open in London’s West End in late 2020. Jay notes that he wants “to tell the true, unvarnished story of how it really was growing up, the obstacles we faced, and how we stayed together through the journey of our show business life.”

►You'll Also Like: Watch: The Osmond Brothers Perform For the Last Time Together

This mutual interest and warm relationship between the Brits and the Osmonds has now extended back half a century. Their substantial influence is probably best summarized by Donny:

Throughout the years, a lot of people have thanked the Osmonds for changing the face of the Church in the UK. . . . I am ever grateful to have been in that position that the Lord would trust us that much—to be the face of the Church over in the UK in the early ’70s. The Church of Jesus Christ of Latter-day Saints is such a wonderful organization that brings families together, and that is the message the Osmond family brought to the British Isles.

This is a chapter sample of an upcoming book and companion documentary film, both titled The Look of Mormon: The Latter-day Saint Image in the British Mind.

Lead image and all other images courtesy of Donny Osmond.