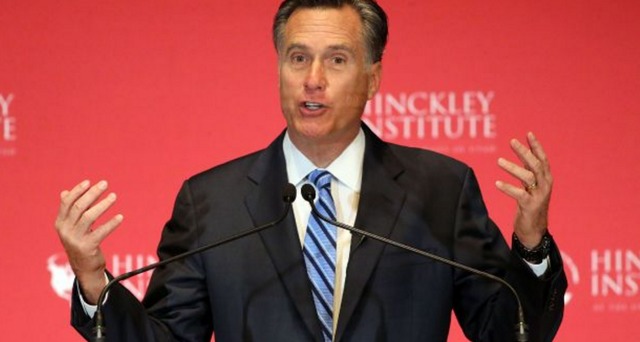 Over 15,000 People Petition Republican Committee to Add Mitt Romney to the Ballot

Over 15,000 people are asking for Mitt Romney to appear as a write-in candidate on the ballot. Here's the reality behind that possibility and Romney's chances.

A Plain City man is trying to convince the Republican National Committee to launch a national write-in campaign for Mitt Romney as president of the United States by starting a petition on change.org.

As of Tuesday evening, more than 15,000 people had signed Mark Lacy’s petition.

“At this late date there is no candidate other than former Governor Mitt Romney who has the name recognition, campaign experience, known personal values, and proven executive qualifications with a reasonable chance of winning enough votes to be elected President by way of such a dramatic and historically significant campaign,” Lacy wrote in the petition. “Only if the Republican National Committee (RNC) launches an immediate national write-in campaign for Mitt Romney as President does the Republican Party have a hope of keeping Donald Trump or Hillary Clinton from being elected President.”