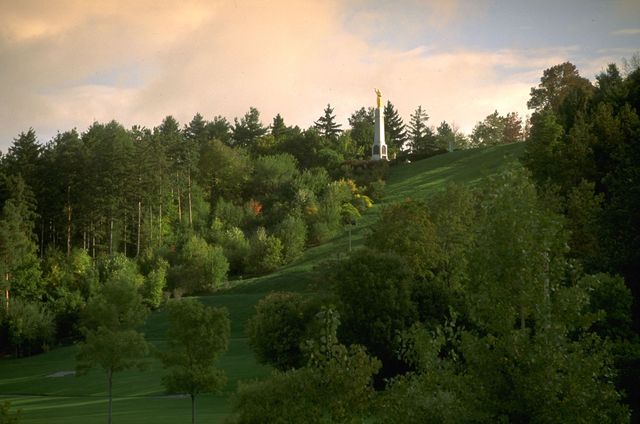 Palmyra, The Cradle of the Restoration

One of my favorite church historical sites is Palmyra, New York. As I’ve walked the streets and paths of this beautiful little town, I’m reminded of stories filled with joys and sorrows of those magnificent Mormons who contributed to her history.

In 1915 Willard and Rebecca Bean were called by President George Albert Smith to a five year mission to establish a Mormon presence in a very prejudiced Palmyra. No Mormon had lived there for 85 years. That five year mission extended to twenty five years.

Along with being an excellent scriptorian and gospel debator, Willard had been selected because he had been a professional boxer; a skill that came in handy on several occasions.

“Brother Bean's fighting abilities were spontaneously employed on an occasion as he walked along the unfriendly streets of Palmyra. A man watering his front lawn one afternoon suddenly turned the hose on Willard and taunted, "I understand you people believe in baptism by immersion." The spry, athletic Willard reportedly vaulted over the fence separating them and replied, "Yes, and we also believe in the laying on of hands!" He then pummeled the man. (Willard Bean, "The Fighting Parson," p. 14.)

Travel Tips TravelTravel,Travel Tips
Comments and feedback can be sent to feedback@ldsliving.com