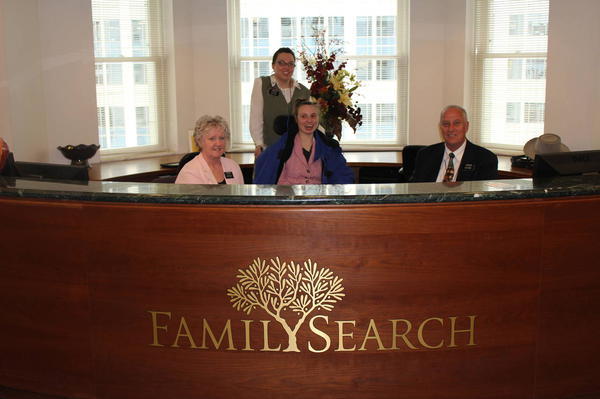 Parents of Special Needs Sister Missionaries Serve Mission with Them

Elder David and Sister Margene Lake felt strongly prompted to serve a mission as they listened to the October 2013 general conference of The Church of Jesus Christ of Latter-day Saints. The couple had always had a desire to serve, but they never thought it would be possible because of their family’s unique circumstances.

The Lakes are the parents of six children. Two of their daughters still live at home with them. Sister Gena Lake, age 34, has cerebral palsy. Sister JoEllen Lake, age 26, was born with cytomegalovirus and uses a wheelchair.

Despite their doubts, the Lakes began researching different types of missions as soon as the conference session ended. Within weeks, they had received a call to be service missionaries in Salt Lake City — and the couple would not be going alone.