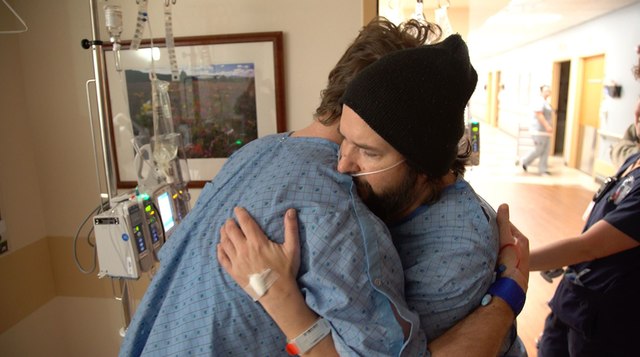 “I was dying,” says Corey Fox. “I was on that verge, because when your kidneys are gone—you are dead.”

Imagine Dragons, Neon Trees, and The Moth and The Flame teamed up to save the life of Corey Fox—a Provo, Utah, concert venue owner who helped them all get their start in the music industry.

When Fox, owner of Velour Live Music Gallery, had chronic kidney failure and desperately needed a new organ, the bands took time off from their tours to throw a benefit concert in April 2016. They raised funds to assist with the transplant and venue costs during his recovery.

And Fox’s donor actually played in the show.

The Moth and The Flame band member Brandon Robbins turned out to be a perfect donor match for Fox and the two became “blood brothers” after the successful kidney transplant in December 2016.