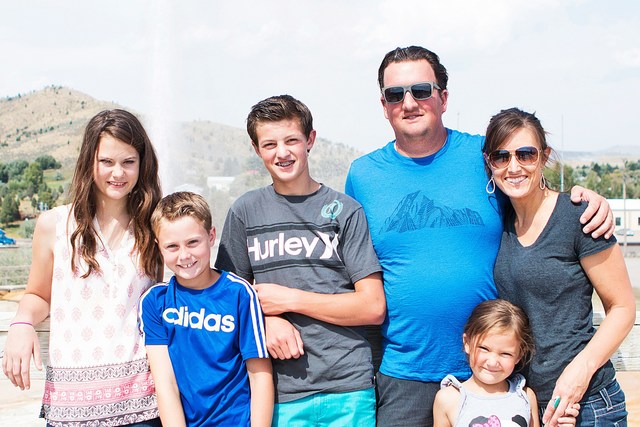 People: Mormon Family That Sold Everything to Live on the Road Announce Next Big Adventure: "It Won’t Be Easy"

“Living away from home for another year won’t be easy,” Michael Johnson admits, “but it’s important to focus on others, and not just ourselves. That’s the lesson we hope our kids will take away from this: We’re all in this world together.”

After selling practically everything they owned to live on the road for a year in a fifth-wheel trailer, a Utah family of six has decided since returning home that a quiet life in the suburbs is not for them.

So Michael and Marisa Johnson and their four children are once again leaving their hometown of Eagle Mountain — this time to live in South America.

Beginning in mid-March, they’ll spend a year volunteering with Operation Underground Railroad, hoping to comfort children who have been rescued from sex trafficking and have no homes to return to because they were either sold as sex slaves or their families have moved away.

“I think about my own children and know that if they had endured something so horrific, I’d want somebody to be there for them,” Marisa, 40, tells PEOPLE. “We want to help these kids to see that they now have a voice and a choice of what they do with the rest of their lives.”