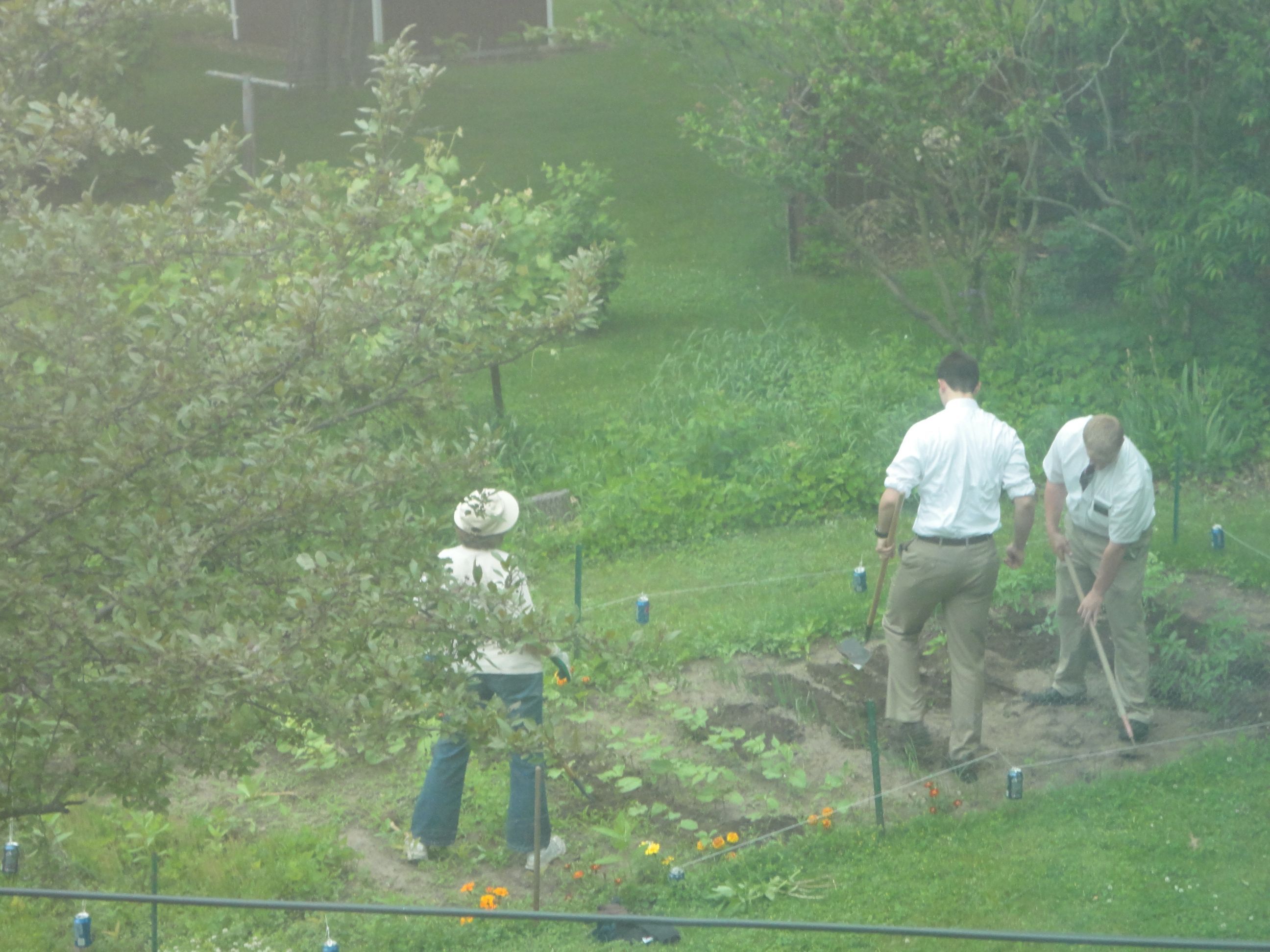 A couple of missionaries unknowingly adapted the definition of doing online missionary work this week thanks to a photo originally posted on reddit and now also on imgur that went viral. The picture, captioned "The Mormons insisted on speaking to my mom. So here they are helping her garden," has attracted more than two million views and one thousand comments. On an online forum known for its negative threads on many subject, including Mormons, positive comments like the following were surprisingly in abundance:

"I grew up in a town with a high Mormon population, and despite them knowing I wasn't religious they were always so kind to me."

"I dunno why people talk smack on Mormons. They might be a little weird but I've never met a Mormon I didn't like."

"I dunno why but this really really makes me happy."

"A couple of them came to us while we were on the front patio and asked us if there's anything they could do for us today. So sweet."

Following the Savior's example of service continues to be a great way to spread the joyous message of the gospel and help make the world a better place. For some great ideas of simple services that you can incorporate into your life, click here.