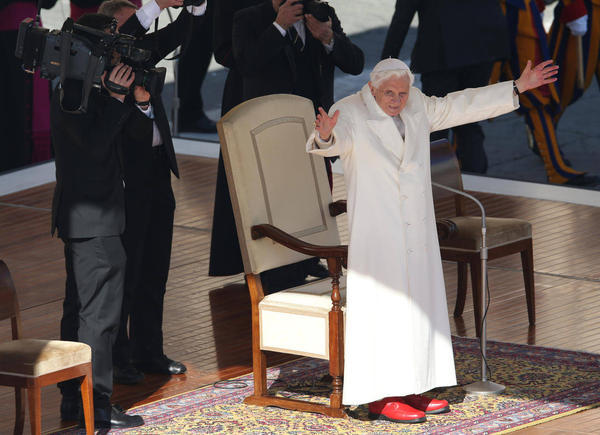 VATICAN CITY — Pope Benedict XVI bid an emotional farewell Wednesday to his flock on the eve of his retirement, recalling in his final speech as pontiff moments of "joy and light" during his papacy but also times of difficulty when "it seemed like the Lord was sleeping."
An estimated 150,000 people flooded St. Peter's Square for Benedict's last general audience, eager to show their support and bear witness to the final hours of a papacy that will go down in history as the first one in 600 years to end in resignation rather than death.
Read the rest of this story at deseret.com