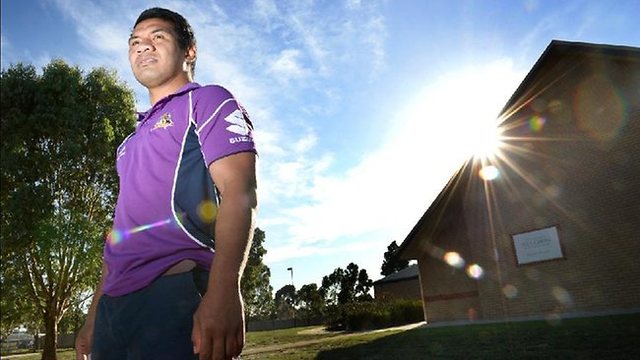 LAGI Setu heard the whispers from the doubters and admits even he questioned if it could be done.

But after cementing his place in the Melbourne team just four months after returning from a Mormon mission, Setu realises his two years without touching a Steeden actually made him a better footballer.

Finding a place in Craig Bellamy's Storm team, who questing for 16 straight wins this weekend against Canberra, is a feat in itself for the Queenslander.

Now Setu wants to ditch the tag as "that Mormon guy" and be known as a consistent footballer.

Read the rest of this story at news.com.au