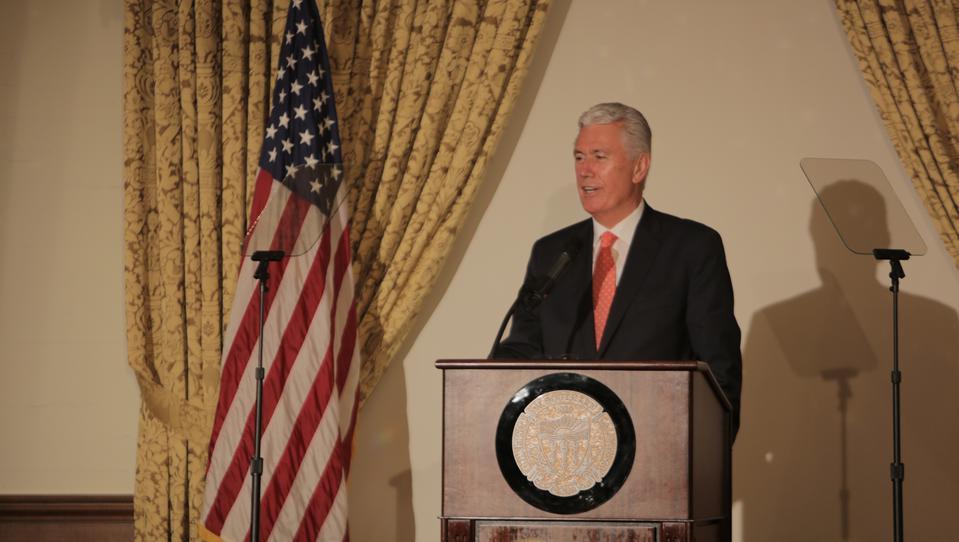 President Dieter F. Uchtdorf, second counselor in the First Presidency of The Church of Jesus Christ of Latter-day Saints, and his wife, Harriet, joined religious scholars and leaders of other faiths at the inaugural John A. Widtsoe Symposium at the University of Southern California in Los Angeles on Friday, April 24, 2015. Descendants of Elder Widtsoe, a Mormon apostle and scholar, were also in attendance.

President Uchtdorf focused the remainder of his remarks on speaking up for the truth and loving others, referencing a recent visit he and his wife made to Auschwitz, a former Nazi concentration camp in Eastern Europe. "I am convinced that had my countrymen felt and applied the power of divine love and compassion, the Holocaust never could have happened. The evil that befell the world could have been prevented. Such heartache could not have descended upon the planet."

“The great tragedy is if only we could take the time to truly know the other person, we would discover that perhaps we are not so different at all. He who once was our enemy can become our friend,” added President Uchtdorf. “Too often evil rises in the world because good men and good women do not find the courage to speak against it. And sometimes terrible, preventable events happen because we fail to open our mouths.”