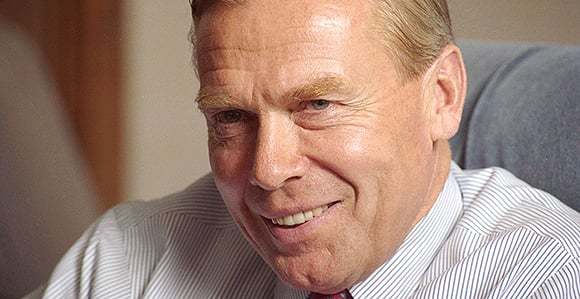 "Huntsman, a former Area Seventy, stake president, and mission president in Washington, D.C., was a 'strong, powerful, fair businessman' whose 'word was his bond,'" said Elder Ronald A. Rasband.

Sitting in his office at the Church Administration Building, President M. Russell Ballard holds a worn and heavily marked set of scriptures—bound together with two rubber bands—and talks about his friend Jon M. Huntsman Sr.

It is hard to say everything about Huntsman’s service to his family and the Church, and his work as an international businessman and philanthropist, said President Ballard, acting president of the Quorum of the Twelve Apostles.

But, he adds as he holds up Huntsman’s scriptures, which he borrowed from the family to use in his funeral address, “This says a lot.”