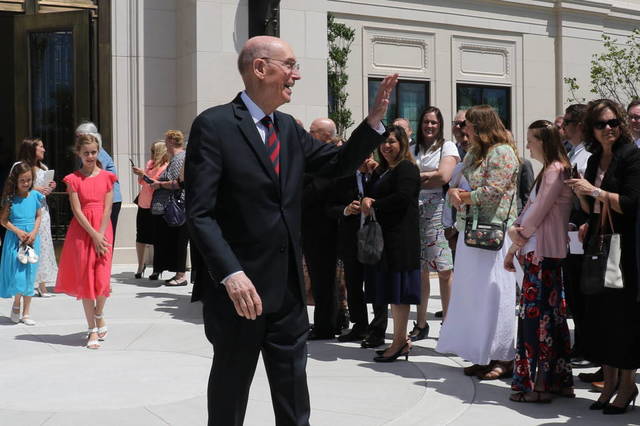 Over 150 years ago, a newly baptized convert named Heinrich Eyring dutifully reported for six years of labor in the Indian Territory Mission, in what is now the state of Oklahoma.

On Sunday, another Eyring etched his own name here in local Church history. President Henry B. Eyring — second counselor in the First Presidency and Elder Eyring’s great-grandson — rededicated the Oklahoma City Oklahoma Temple.

“As I walked through the temple and I looked at all motifs that had to do with Oklahoma and the American Indians, I felt my great-grandfather’s spirit,” said President Eyring, pausing with emotion.