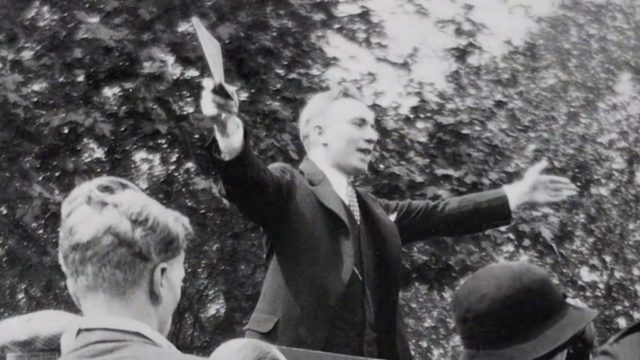 While many of us might remember hearing about the life-changing letter President Gordon B. Hinckley received while serving a mission in England, there's much of the story you might not have known.

From the time I was a small child the address of 15 Wadham Road was as well known as my own address. Our father would recount the experience he had in that upstairs bedroom in the year 1933 and referred to it as a “pivotal” moment in his life.

In 1932 he graduated from the University of Utah and had his sights set on furthering his studies at the Columbia School of Journalism in New York City. These were depression years and money was very tight but he had carefully put aside some meager funds that were earmarked for this continued education. These plans, however, were derailed when his bishop called him to come to his home and asked if he had thought of serving a mission. This was uncommon at the time as there was so little money and very few missionaries were being called. Because of extreme financial difficulties it was simply impossible for most families to consider. Nevertheless, with nothing but faith, he responded in the affirmative and agreed to serve.

The reality of financing was daunting but his father assured him they would find a way. Gordon would use the little money he had saved, but not long after he committed to go, the bank where he had deposited his savings failed and he lost it all. However, with the help of his brother and father he forged ahead. Soon thereafter they discovered a small amount of money that his deceased mother had squirreled away for the purpose of sending her sons on missions.