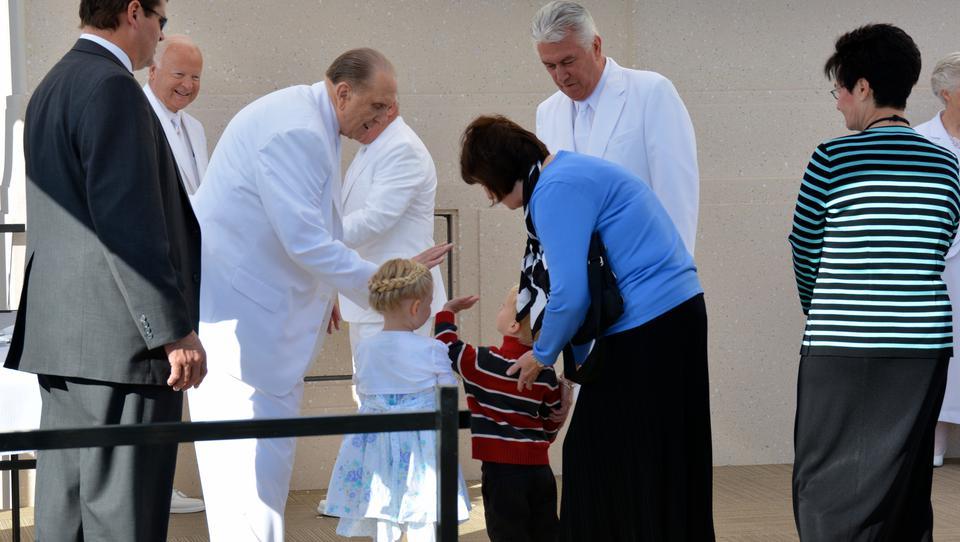 The president of the more than 15-million-member church was greeted by Latter-day Saints from Phoenix and surrounding areas. President Monson was joined by President Dieter F. Uchtdorf, second counselor in the First Presidency, and Elder Dallin H. Oaks of the Quorum of the Twelve Apostles as he conducted the cornerstone ceremony, a Church tradition that symbolizes the temple's completion. Following the cornerstone ceremony, President Monson presided over the dedication inside the temple where hundreds of devout members of the Church attended and thousands more watched by satellite feed at chapels across Arizona. Also attending were members of the temple presidency and the temple matron and her assistants.

Elder Kent Richards, executive director of the Church's Temple Department, said the cornerstone ceremony is symbolic. "It brings to mind the Savior Jesus Christ being the chief cornerstone in our Church," said Elder Richards.

A cultural celebration with more than 4,300 Mormon youth participants (between the ages of 12 and 18) from 15 stakes was held on Saturday, November 15, prior to the dedication. President Monson presided at the event and gave his trademark "thumbs up" to the delight of the youth performers.