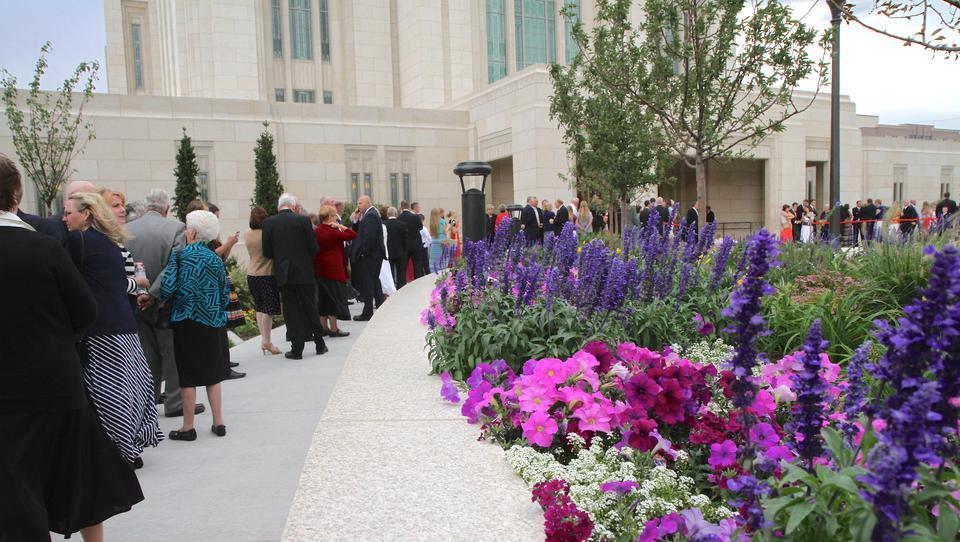 The Ogden Utah Temple was rededicated Sunday, 21 September 2014, by President Thomas S. Monson of The Church of Jesus Christ of Latter-day Saints, after undergoing extensive renovation. The temple’s entire exterior was reshaped and new stone and art glass were added.

The president of the more than 15 million-member church was greeted by Latter-day Saints eager to have the temple back in service since its closure in April 2011 for renovation of the interior, exterior and grounds. President Monson was joined for the morning session of rededication by President Henry B. Eyring, first counselor in the First Presidency; David A. Bednar of the Quorum of the Twelve Apostles; L. Whitney Clayton of the Presidency of the Seventy; Elder Kent F. Richards, a member of the Seventy and executive director of the Church’s Temple Department; and Sister Rosemary M. Wixom, general president of the Primary.