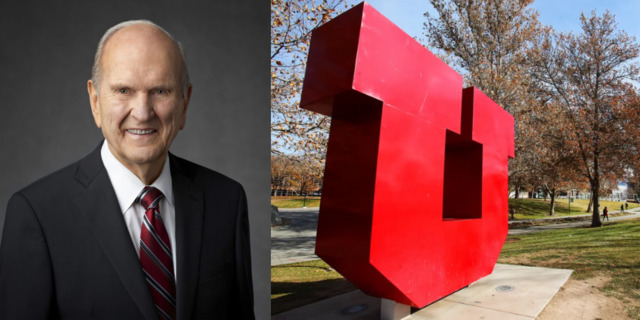 The University of Utah Board of Trustees announced their 2021 honorary degree recipients, and President Russell M. Nelson is on the list.

“Our honorary degree recipients have exemplified courage, vision, and service in their professional careers and their personal lives,” Kim Brunisholz, chair of the Board of Trustees’ honors committee, said in the university’s announcement. “They have modeled excellence in character and lived up to the highest ideals of the University of Utah. We are delighted to show our appreciation with an honorary degree.”

Alongside President Nelson’s name are recipients C. Hope Eccles, a longtime education advocate, and William J. Rutter, who is often referred to as the “father of biotechnology.”

The announcement explained that “honorary degrees are awarded to individuals who have achieved distinction in academic pursuits, the arts, professions, business, government, civic affairs or in service to the university.”

A thorough summary of President Nelson’s significant medical contributions is included in the announcement. Some notable highlights include:

To read the full announcement and career summary, see the University of Utah’s website.

Previously, in 2018, the University of Utah announced the establishment of the Dr. Russell M. Nelson and Dantzel W. Nelson Presidential Endowed Chair in Cardiothoracic Surgery. To read more about the endowed chair, see the Church News.