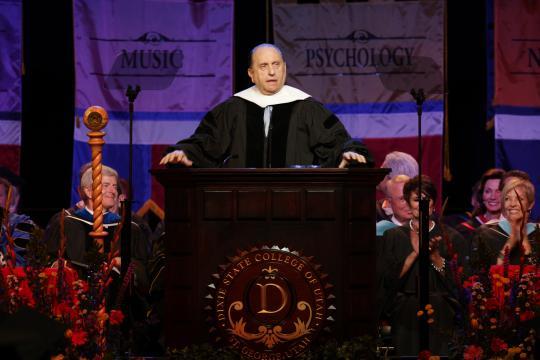 President Thomas S. Monson of The Church of Jesus Christ of Latter-day Saints delivered the commencement address at Utah’s Dixie State College on Friday, 6 May 2011. He also received an honorary doctorate degree in Humanities.

President Monson was invited to deliver the address to mark the 100th anniversary of the founding of St. George Stake Academy by the Church, which eventually became Dixie State College.

“It is a little disturbing to realize that Dixie College had existed only 16 years when I was born,” said President Monson. “For that reason, I am confident that my 100 years’ measurement is considerably shorter than yours.”