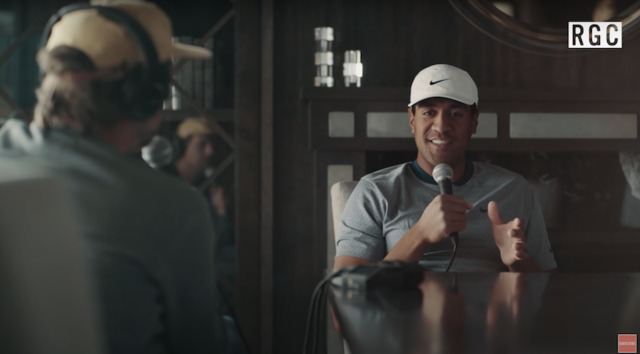 In a recent podcast interview on The Erik Anders Lang Show, professional golfer Tony Finau shared how he lives his faith as a member of The Church of Jesus Christ of Latter-day Saints.

Finau, age 31, is currently ranked 17th in the world in his sport. Recently, the golfer recovered from COVID-19, which prevented him from competing in the Shriners Hospitals for Children Open in October, as well as the CJ Cup at Shadow Creek in Las Vegas, according to the Augusta Chronicle.

During the interview, Finau discussed that while he never served a full-time mission, he feels that golf has been a platform for him to be an example and to share the light of Christ.

“I feel like I am on a mission, you know? I’ve been on a mission to a lot of different countries at this point and doing my thing,” he said. “And as a strong member of the [Latter-day Saint] faith, I had always dreamed of going on a mission. I always thought I was going to go on a mission. But when the opportunity presented itself, I took golf as my mission. And it ended up being that that was the right thing for me.”

When it comes to the game of golf, Finau explained he doesn’t have any rituals before playing, although he does pray in the morning. “The only thing that I do is I pray. I say my prayers in the morning before I play, and don’t really ask for success or anything. I think I have a grateful heart to be in the position that I am, and I want to make sure that God knows that,” he said.

As they discussed Finau’s faith, Lang asked about the golfer’s decision to abstain from coffee—and whether he would like to try it.

► You may also like: Pro golfer Tony Finau talks faith, family, and the ankle incident that almost kept him from the 2018 Ryder Cup

When questioned what he wishes people understood about his faith, Finau brought up the Word of Wisdom and why it’s important to members of the Church.

“I think that’s one of the biggest things, is ‘Why do you not drink alcohol?’ And that’s not a direct question that I’ve gotten, but I can see it in people’s faces,” Finau said. “So we do have this Word of Wisdom, we call it, where they teach us to not start any of those addictive things just because if they become addictive, then they’re very harming to our bodies. And as I mentioned before, we’re spiritual beings and your spirit will start to get tampered with when you physically can’t think straight when you’re under the influence.”

Finau explained in the podcast that he has always had “faith in better things,” and that faith is due to the teachings of his parents as well as the teachings of the Church. In his position, he said he strives to be a good example and a light to others—which light comes from Christ.

“I think we’re all children of God. I believe that, and we can all help each other in some way. And to me that’s my mission—just to be a light to everybody,” he says. “And if people take a liking to who I am or what I do, hopefully they know where that comes from. That light is from one source, and I believe that source to be Jesus Christ.”