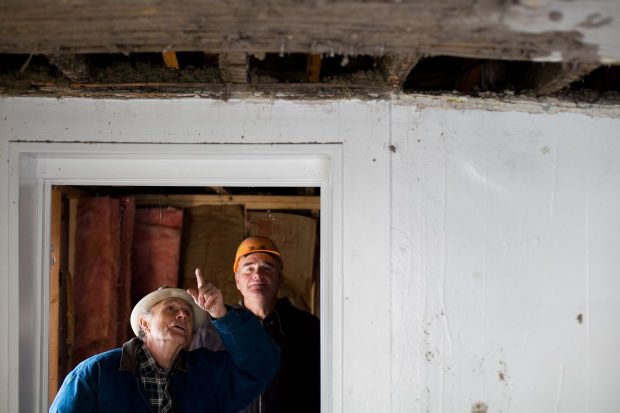 If the LDS Church's gargantuan efforts to save the Provo Tabernacle weren't enough, the church is stepping up to keep another piece of Provo's history from vanishing.

Two months ago, Provo's oldest surviving pioneer home was unwittingly scheduled for demolition to make way for a parking lot. Not anymore.

Built in 1853 by Bishop James Loveless, the home appears to have been inhabited from that time until last year, when it and two neighboring homes were purchased to be razed for a parking lot expansion at an LDS chapel. The church was not aware the house was historic. Because it has been stuccoed and modernized inside and out, few were aware that underneath the improvements was actually the original handmade adobe mud brick structure making up the oldest surviving home in Provo.