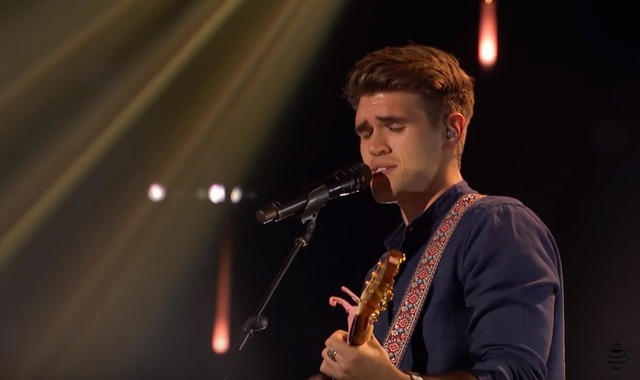 Returned missionary Dakota Striplin not only impressed the judges this week on America's Got Talent, he even stole a few hearts.

And now, Striplin has made quite the impression on national television.

After impressing the judges with his audition of "You're the One That I Want" from Grease, Striplin went on to perform this week on America's Got Talent, singing Elvis's "I Can't Help Falling in Love."

As he performed, a fellow contestant admitted, "I don't think I can help falling in love with him. What's going on here?"

And judge Heidi Klum agreed. "I'm sure a lot of girls' hearts are going pretty fast," she told Striplin. Though Striplin did not advance to the next round, the judges agreed he gave quite the performance. "I thought you were so confident and so in your zone," Mel B said.