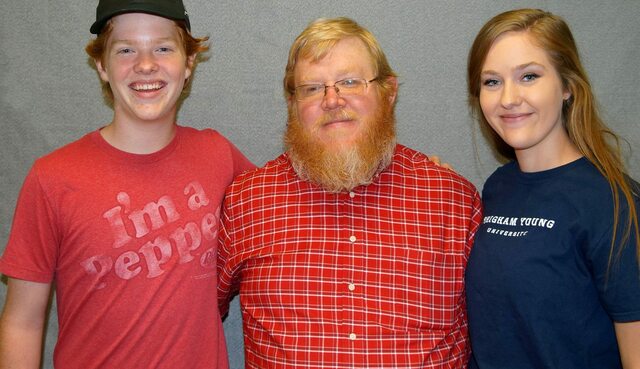 There are a couple of uses of the word “dropped” in Preach My Gospel, the handbook used by Latter-day Saint missionaries:

•   When discussing referrals: “Once you contact a referral, the referral is moved from the referral pool and either becomes a new investigator, is marked for further follow-up, or is dropped.”

But the word is not used in Preach My Gospel in reference to people the missionaries have been teaching on a regular basis. In fact, the handbook says that investigators who are not progressing (people who are “keeping commitments such as to pray, read from the Book of Mormon, attend Church, and prepare for baptism and confirmation”) are called “other investigators.” The missionaries are encouraged to continue to be prayerful about how they can help these investigators.

As Bryan Ready tried to figure out how to leave a career as a Southern Baptist pastor, he may not have been progressing toward baptism as quickly as the missionaries would’ve liked, and he was told that he had been “dropped” by the missionaries.

Ready eventually left his career behind, and with his wife’s consent, he became a member of The Church of Jesus Christ of Latter-day Saints. On this week’s All In podcast, he explains why verbiage and care is so important when teaching someone about the gospel of Jesus Christ.

Listen to the entire interview here or in the player below. You can also read a full transcript here.

Morgan Jones: You talk about how, at some point, the missionaries who had been teaching eventually “dropped you.” And that's something that I think a lot of returned missionaries listening to this podcast are familiar with—that idea of “dropping investigators,” because they weren't making progress. What would you say to missionaries, or to anyone trying to share the gospel, about what progress looks like and also why that [language] was so hurtful to you?

Bryan Ready: Well, there are two things I would say to missionaries about that. Number one, listen to the spirit. If you still feel the spirit, even if your investigator–or whatever language you're using now–doesn't meet all the key indicators, if you still feel the spirit when you're conversing with this person, don't drop them. You might not be able to meet with them every week, but once a month, give them a phone call. If you feel the spirit when you're talking to this person, do not drop them, no matter what progress you may or may not see because . . . my problem was, I had to get things to align in order to join the Church.

I had to find a new job. . . , I needed God to tell me it was okay for me to resign as a Baptist minister, and I needed my wife’s consent to be baptized. And I had none of those at the time. For about four or five years, I was in that type of a limbo. And it was very, very frustrating. One of the frustrating parts of it is the missionaries would come to me, or a well-meaning member, and they would come up to me and they’d say, “Hey, Bryan, what you need to do is take a leap of faith. Take a leap of faith, resign your church, do all this, and God will work everything out.”

So I would go to the Lord, and I would say, “Lord, do you want me to resign?” and He would say no. So, I would go back to the missionaries and say, “God said no.” [And they’d say,] “Well, Bryan, you just need to take a leap of faith.” So that's the second thing is to listen to your investigator. If you want to teach agency and you want to teach the right to personal revelation, if an investigator does [receive] personal revelation that contradicts what you think it should be, [you’d] better have a really good scriptural reason for not agreeing with them. Listen to them.

And the reason it was so hurtful to me is because the missionaries and a couple of members are really the only connection I had to the Church. My Church services on Sunday morning were the same time as sacrament meeting. So I couldn't go to sacrament meeting [and] I couldn't go to Sunday School. I could go to activities. I could come to general conference. But as far as worshiping with the Saints, I didn't have any opportunities to do that. My only solid connection to the Church, the only connection to Church teaching that I had—other than general conference—was the missionaries.

And when they left, it's like kinking up a water hose . . . or an oxygen tank. You just feel completely alone. And if it weren't for a couple of members, Brother Lin Ennis, and Brother Don Dupree, I would have lost all contact with the Church. And it wasn't that I wasn't trying to progress, it was just . . . I couldn't get past these points, because once the Lord worked those things out, I took the leap of faith and everything worked out. But if I would have done it earlier, when the missionaries were pressuring me to do it, it would have been a horrible mess. So listen to your investigator, listen to the spirit.

Morgan Jones: I think you make a couple of really important points there, Bryan. I think, one, you know that . . . even just the verbiage of “being dropped” feels kind of harsh, and I think that it’s important that whatever that looks like, that it’s done delicately. And like you said, you know, maybe you can’t visit as often as you had been visiting, but don’t give up on that person entirely, because it’s hurtful to anybody to feel like they’re being given up on.

And I also love what you said about, you know, if it were not for several members, and I think, even if the missionaries are not able to keep visiting, they need to make sure that there are other people in place to be a support and to continue to work with that person, and so I love that, and I appreciate you being honest and sharing those things.