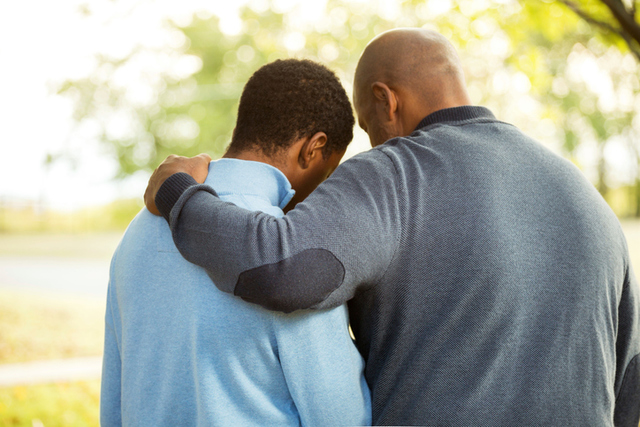 How to Relate to Your Child Who Experiences Same-Gender Attraction

The following is an excerpt from Voices of Hope: Latter-day Saint Perspectives on Same-Gender Attraction, taken from the chapter “Perspectives for Parents.” Click here to learn more.

As we look to our child, we may find it possible to identify some ways in which we have unwittingly made life more difficult for our child; and then we may consider offering a detailed apology. This is self-care as well as child care because our spirit knows when we have not measured up in a relationship; to heal ourselves, we have to come clean in the relationship. During this apology, we will not mention the child’s failings, only our own. We will humbly ask forgiveness and ask how we can be more helpful. We will listen undefensively, as dispassionately as we can. Healing communication can then begin. Then, in addition to much listening, we may be able to share with our child, as time goes on, some points of view that can reassure both our child and us.

Our child will likely be suffering from shame and feelings of unworthiness, even if he has not chosen to express his same-gender attraction sexually. He may have felt directly or indirectly the negativity, sometimes amounting to hatred and vitriol, being poured out, even by some members of the Church, on people dealing with same-gender attraction. His feelings of shame will interfere with his ability to draw close to the Lord for comfort.

Following are responses that two people have had as they have confronted both shame and guilt over their same-gender feelings and the issue of sex. A young LDS woman in her 30's who has just begun coming to terms, after a 15-year struggle, with her feelings of attraction for other women, and is wondering what this means for her, wrote me the following about her perception that, at their inception, same-gender feelings do not seem intrinsically sexual.

“It’s not about sex. Other people think that those who might be/are gay are struggling with immoral thoughts/feelings and behaviors. But what you will hear across the board is that the first feeling is that ‘I am different.’ As other teenagers or young adults start to explore with giddiness their crushes and dreamy thoughts of an ideal future, those with same-gender attraction start to try to figure out what is wrong with them. I think THIS is the battlefront.

“They begin to feel shame over their nonsexualized attraction to the same gender, where heterosexuals are encouraged in that attraction, understood, given boundaries to work within, etc. Ultimately, heterosexuals can find legitimate physical/sexual expression for that attraction, but many same-gender-attracted people freeze in that shame—never drifting to immoral thoughts/feelings/behavior, but having no route, or reroute, for that part of themselves—and begin to internalize this struggle.”

Another LDS young man who deals with this challenge wrote similarly:

“The shame is a huge problem. . . . I had similar feelings of being ‘different’ when I was younger, and while I occasionally fantasized about being physically close with other boys, I don’t recall it ever feeling sexual until well into high school—and even then I was so afraid of those feelings that I never allowed myself to acknowledge them. More often than not, I just wanted to feel close to other guys, or I would allow myself to overfocus on qualities in them I felt I lacked, and wanted, in myself.

“I remember once wanting to give my best friend a hug when I saw him, and he looked at me funny and asked if I was gay. That was in fourth grade, I think. All I knew about ‘gay’ was that it was bad, and the shame I felt in that moment led me to tenaciously avoid any behaviors that might be perceived that way. I disowned a lot of parts of my personality, and it’s only been in my adulthood that I’ve been learning to reclaim, reintegrate those parts, and learn to love men in the deep and intimate and healthy ways I only ever wanted anyway.”

Caring for your child would include helping him to let go of shame for the feelings themselves and reassuring him of the Lord’s love. Many people who experience same-gender attraction find that, despite the fact that they are dealing with a set of deeply disconcerting feelings, they can exist in a loving relationship with the Lord in the same system of faith, repentance, and having the Holy Ghost that anyone else can. In this way, they are able to embrace a sense of worthiness that allows them to move forward spiritually as they manage these feelings within the bounds the Lord has set.

Elder Holland wrote on making the distinction between feelings and behavior: “While same-gender attraction is real, there must be no physical [sexual or romantic] expression of this attraction. The desire for physical gratification does not authorize immorality by anyone. Such feelings can be powerful, but they are never so strong as to deprive anyone of the freedom to choose worthy conduct. In saying this, let me make it clear that attractions alone, troublesome as they may be, do not make one unworthy.”