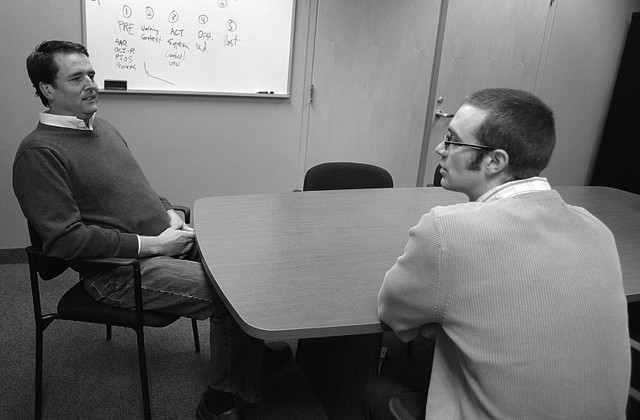 Eric seemed like a normal guy, but then when he hit 17 he started having “issues.” He had been a very studious and devout Mormon and was now prepared to go off on his full-time mission.

As a member of The Church of Jesus Christ of Latter-day Saints, following religious teachings and morals were a key part of his childhood.

“There’s a lot of talk of keeping morally clean ... (keeping) boundaries as you’re dating,” Eric said. “So I started to feel guilty about myself, and I mean guilty beyond any normal level.”

What happened if he kissed his girlfriend for more than one second? Would he still be worthy in God’s eye? And perhaps, most importantly, would the Lord forgive him?
Read the rest of this story at hjnews.com