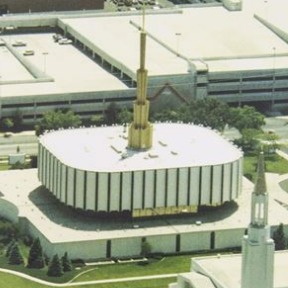 Tina Halverson of Ogden said her dad, Phil Halverson, who owned Halverson Plumbing, was the mechanical contractor on the original building and chose to actually do the work with his own hands along side his crew.

”As the father of a young family with four kids under seven, he worked countless hours,“ she said. ”It made a huge impact on me as a 7-year-old that he saw working on the temple as a privilege. The facade was total ’70s architecture, the equivalent of avocado green appliances, but that picture of my dad standing in that gleaming mechanical room in front of his work is priceless to me.“

Neil Higley of Hooper said he’s actually, going to miss the old façade of the Ogden Temple and he wonders if the old Provo temple is next in line for a remodel.