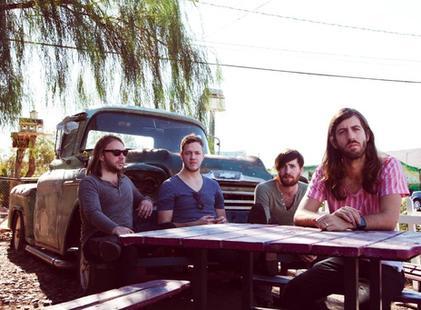 Jeff and Debbie Sermon don't particularly like their son's long hair and offbeat look, but they're so proud of his band's success, they're willing to live with it.

D Wayne Sermon is part of a new rock band that's making the late night talk show circuit and that Billboard Magazine called "one of 2012's brightest new stars." Imagine Dragons has signed with Interscope Records and has a tour lined up that includes major cities and stops.

Following its release, the single "It's Time" had airplay on select major stations. The music video debuted on April 17, 2012, on all MTV affiliates and the band was named MTV PUSH Artist of the Week. The album "Night Visions" debuted Sept. 4.