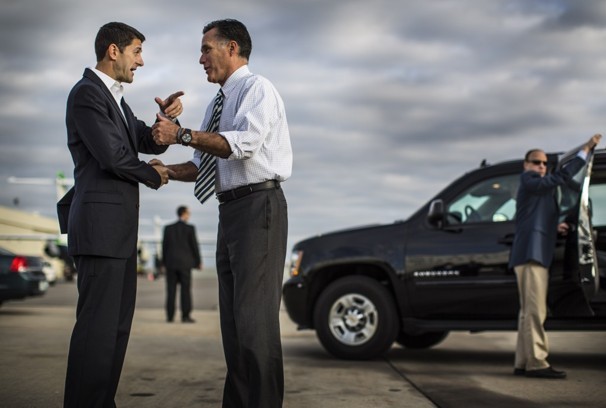 “The story began in 1820,” the voice in the headphones exclaimed.

A handful of people taking an audio tour of the Church History Museum here over the weekend followed exhibits, from a stained-glass window depicting the first revelation of “14-year-old farm boy” Joseph Smith, to the printing press that produced the first edition of the Book of Mormon in 1830, to the chair that carpenter Brigham Young built before joining the Church of Jesus Christ of Latter-day Saints in 1832. A few steps forward, the awed museumgoers listened to the words of Parley Pratt, a pioneer ancestor of Mitt Romney, as he imagined the establishment of Zion in Ohio, only to walk a few more feet to inspect the weapons used to chase Mormons from state to state and the death mask of the religion’s murdered founder.