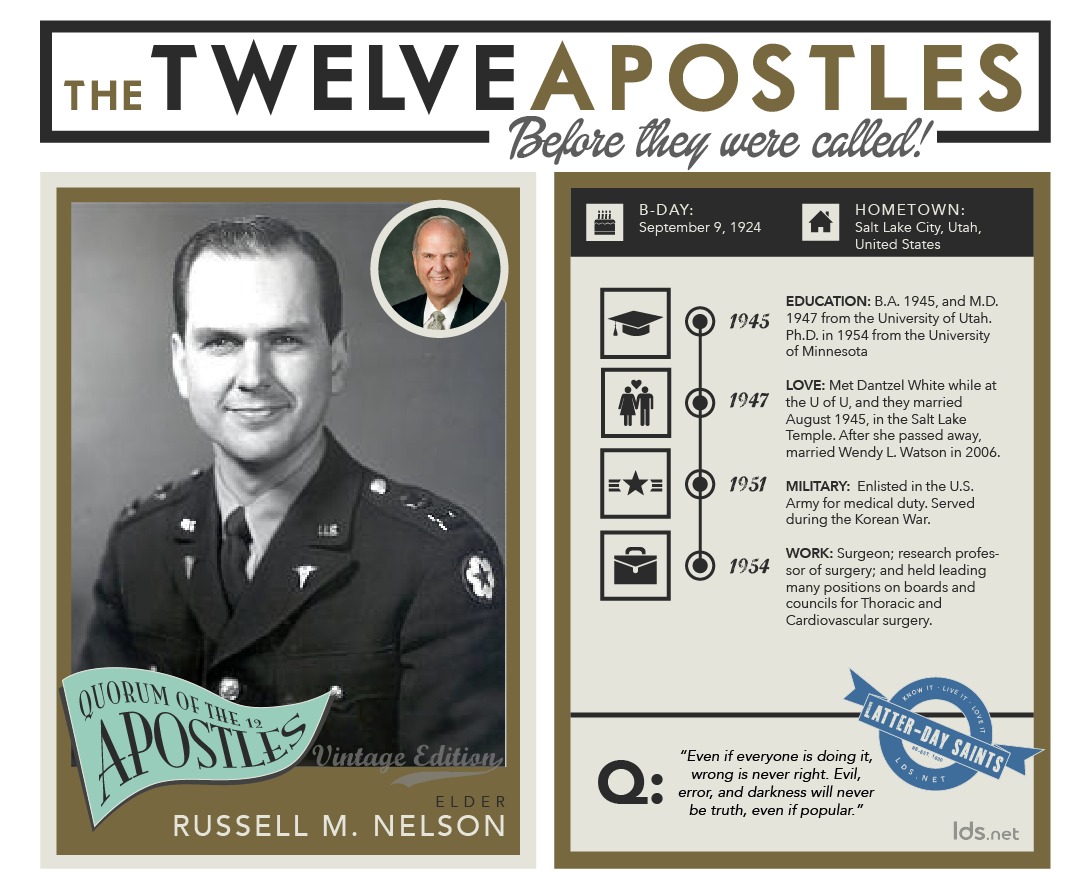 Russell M. Nelson Before He was an Apostle

Russell M. Nelson serves as an apostle of the Quorum of the Twelve for the Church of Jesus Christ of Latter-day Saints. But before he was called as an apostle, he was a world-renowned heart surgeon and member of the team that created the first machine to perform the functions of a patient’s heart and lungs during open-heart surgery (“Russell M. Nelson”). In this biography of Russell M. Nelson, read about his early years and the miracles he saw in his career as a heart surgeon.

Having Respect for the Human Body

Russell played football in high school, but often sat on the bench during games because he did not want to damage his hands. He was very protective over his hands and feared someone might step on them with their cleats. His coach, no doubt annoyed, kept Russell on the bench. Forty years later, Russell performed surgery on his coach with those same hands (Ensign article “Elder Russell M. Nelson: Applying Divine Laws”).