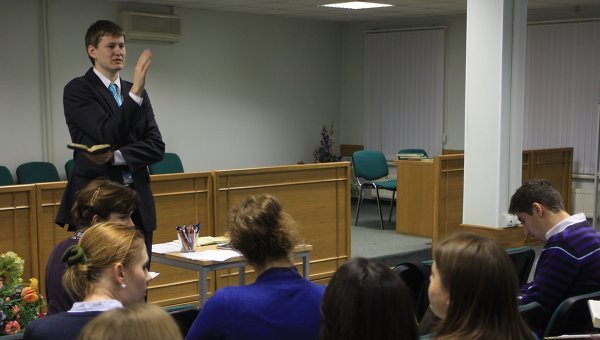 Rather than fantasizing about an ancestral American holy land or rallying behind high-profile Mormon Mitt Romney’s Republican bid for the U.S. presidency, Russian Mormons say they are focused on building up their faith in Russia.

“To say it’s a particularly American religion is, to me, not entirely true,” said Vasily Sapozhnikov, a 29-year-old musician who converted about ten years ago, and who, with his tousled blond hair, looks every bit the Western pop star. “It's not about where it started, but about one’s inner feelings – and about God.”

Founded in the 19th century in the United States, the Church sees itself as a restoration of the church founded by Jesus Christ. Emphasizing the individual connection with God, it operates a far-reaching hierarchy across the world.

Read the rest of this story at en.ria.ru