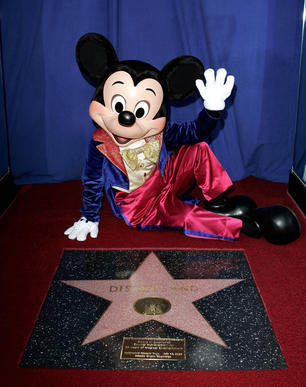 While some Western Christians may not balk at C.S. Lewis presenting Jesus as a lion, a central Russian court is not so patient about a depiction of him as Mickey Mouse.

The Kaluga Region court has banned as extremist a painting by Alexander Savko that depicts the Sermon on the Mount with Mickey Mouse sitting on a rock surrounded by halo-clad disciples and admiring onlookers, reports RIA Novosti.

The world's most famous mouse wears the robes of Jesus and raises his three-fingered white gloves in blessing. A large round shoe peeks out from under the robe. Mickey's expression is somewhat quizzical, as if he were telling a ghost story instead of delivering the Beatitudes. The image was part of a series of paintings Savko created under the moniker "Mickey Mouse's Travels Though Art History."