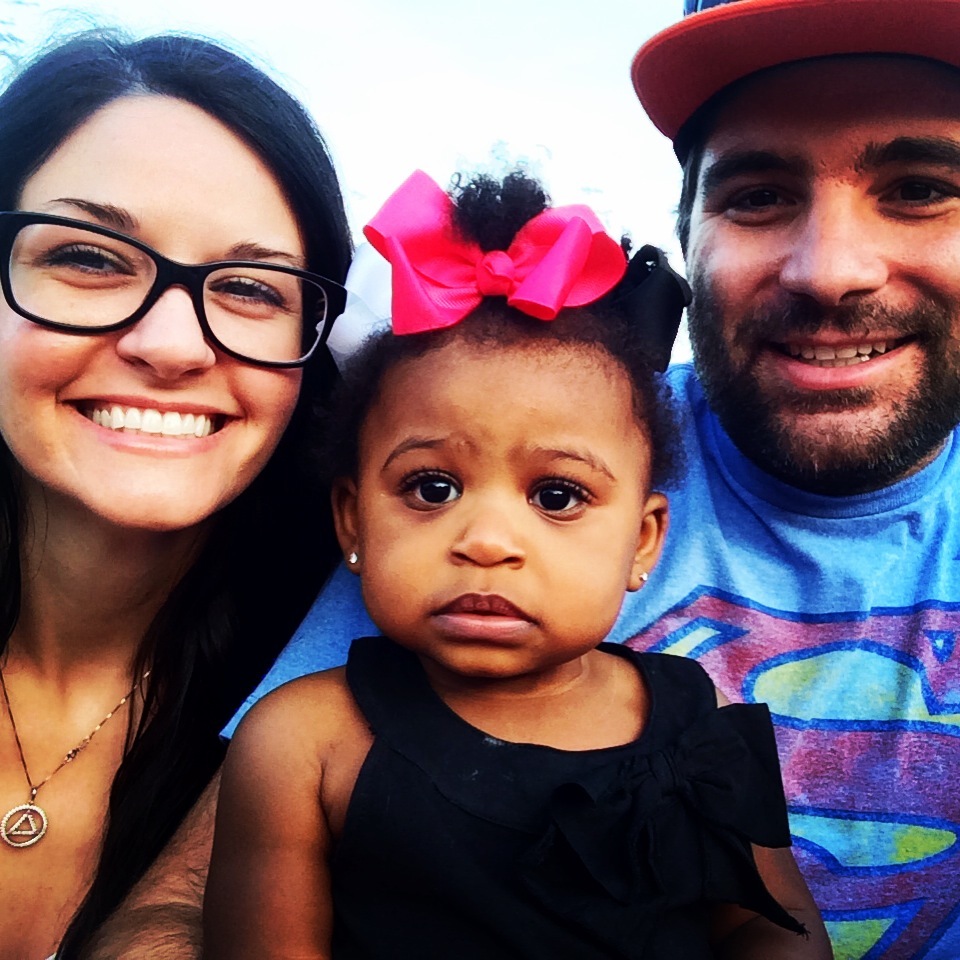 When Melissa and Robert watch their daughter Jacquie play “mommy” with her doll, they think back to how they became parents. They first looked into adoption in March of 2012, and did what most people do and turned to the familiar. “My beehive advisor from church worked in adoption so we started our adoption journey there.” said Melissa. “We did not do much research into all the other adoption options out there. As for costs, we just figured we would find a way to afford it.”

Given the size of the investment and the impact on a family, preparing financially starts when a family first considers adoption. Melissa and Robert say that investigating all the options and paying attention to all the little details would have made a world of difference with their first adoption. Melissa admitted, “We were so baby-focused, the first time around we missed the subtleties of the costs involved.”

There are a range of types of adoption, from foster care to international options, each with its own associated cost range. Deciding which adoption path is right for a family is the first step.

According to the Child Welfare Information Gateway’s 2011 “Costs of Adopting” Factsheet, the range of adoption costs include:

When a family knows which type of adoption fits their needs best, it’s time to start interviewing adoption professionals to research the costs. Melissa and Robert first recommend understanding the costs of adoption. What is each company including in their fees? Are they leaving any key information out of the conversation? A family must make sure to compare apples to apples when researching what adoption professionals will and won’t cover, and then get it in writing.

- Advertising and Marketing of Profile

Melissa and Robert knew they wanted to adopt a newborn baby here in the U.S., and at the time they were confident that the agency they chose would be able to handle all the details. “They were a large Utah-based agency that was pretty well known. We didn’t think anything could go wrong,” Robert said. They were told to expect a cost of about $30,000 and were told that everything would be handled. Robert added, “We knew that was a reasonable quote for a private newborn adoption, but we didn’t know that it was just a ‘guesstimate.’ ”

“From the very beginning with our first home study, we should have known this would be a difficult journey.” Melissa added. “The agency referred us to a company that took forever to get back to us and get their work done.”

Melissa and Robert chose to use their savings account and borrowed from family to fund their first adoption. They were chosen by a birth mother within a year and were delighted to welcome their daughter Jacqueline a month later. But the costs were staggering. Jacquie’s birth mother had enormous medical bills and the assorted expenses kept building. “We had no idea what to expect to pay for birth parent support and the costs just skyrocketed. We were committed to Jacquie’s birth mother and her well-being, but miscommunications at the hospital meant that even after we took our daughter home we were shocked to receive unexpected medical bills. Our $30,000 adoption turned into a $60,000 adoption.”

With bills piling up, Melissa and Robert started to research ways to cover their costs. Because Melissa and Robert run a small business, they weren’t able to get help from an employer’s benefits program. They were able to take advantage of the Federal Adoption Tax Credit, and a tax professional helped them to structure their finances to best take advantage of the credit. Robert took time off work and was able to sort out some of the administrative nightmare caused by all the bills. But with their savings dwindling and adoption grants not forthcoming, it was clear that more was needed.

They held garage sales and online auctions, but inspiration struck one night and they started an online business called “Subsidy Shades” (www.subshades.com) to help raise money. Subsidy Shades sells sunglasses and other accessories online for a flat fee with the profit from each purchase helping to fund Jacquie’s adoption.

In spite of the debt they still carry, Melissa and Robert have no regrets from their first adoption. They continue to have a warm and open relationship with Jacquie’s Birth Mother, and their beautiful daughter is a constant delight. A constant delight that needs a sibling. For their second adoption they are making different choices right from the start. Robert said, “We knew we wanted another African American newborn, but we approached the information gathering phase with many more questions. We knew to interview other Adoptive Parents, check the company’s professional referral network, and to research all the details.”

Melissa and Robert researched and discovered a large law center that specializes in adoptions with a national presence. “We wanted the right Birth Mother to find us, wherever she might be,” said Melissa, “And we were anxious to grow our family quickly.” After retaining the law center’s services, they were chosen by a Birth Mother across the country from them after only a short wait. “Even though we’re not on the same coast, Robert and I felt confident in accepting the adoption opportunity because the legal oversight was being taken care of.” Stated Melissa.

Melissa and Robert are using Subsidy Shades to fund their second adoption and Melissa now helps other hopeful Adopting Parents raise funds for their adoptions. “I tell people that affordable adoption is out there. Make sure you fully understand what you’re signing up for and think outside the box. Get creative!”

Melissa and Robert are now expecting a beautiful baby boy to join their family this December.

-Choose the type of adoption that is right for your family

-Interview the adoption professionals – compare apples to apples, and discover which costs are covered.

-Know how you will be marketed, how your Birth Mother will be found and how long you are likely to wait before being chosen.

-Know what happens financially if the Birth Mother chooses to parent.

-Ask if your employer has adoption benefits. Many employers offer financial aid, health care and leave time for adoption.

-Military personnel may also have some benefits, so research the expense reimbursement granted to active-duty personnel.

-Apply for adoption grants which may be available based on factors such as need, religion, location or type of adoption.