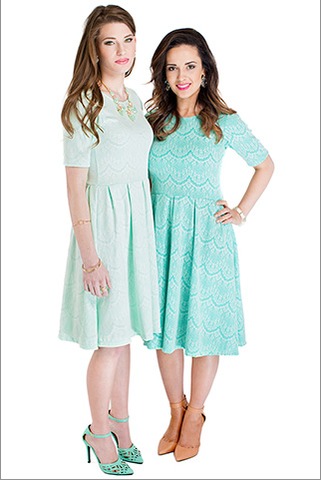 SPONSORED: LDS Dress-Designing Moms Give Back

Three LDS moms who manufacture and sell JUNIEblake's modest dresses have decided to give back. During a recent promotion, for every JUNIEblake dress sold, another JUNIEblake modest dress was donated to a sister missionary in need.

"Sister missionaries need modest dresses, so following the 'one for one' concept was easy to do," said Rachel Peck, co-owner of JUNIEblake. "Donations were made to unsuspecting sister missionaries serving outside the USA, where there seems to be a greater need."

JUNIEblake was established as a new business in 2011, when a mother, Lynn Lewis, and her two daughters, Peck and McBride, were trying to find suitable modest apparel for their clothing boutique in Safford, Arizona, where summer temperatures can be 100-plus degrees. JUNIEblake focused their dress designs on modesty without added layers of tanks, shrugs or cardigans. “ JUNIEblake provides for a more modest feel, without sacrificing trendy style and fashion,” said McBride. “And now we have been able to help clothe Sister Missionaries in need with our JUNIEblake gives back event.”

Additionally, for the next few weeks, sister missionaries can receive a 10% discount on modest dresses by using Coupon Code: SisterMiss10. To see JUNIEblake's trendy modest dresses, and to read more about their story, go to www.JUNIEblake.com.