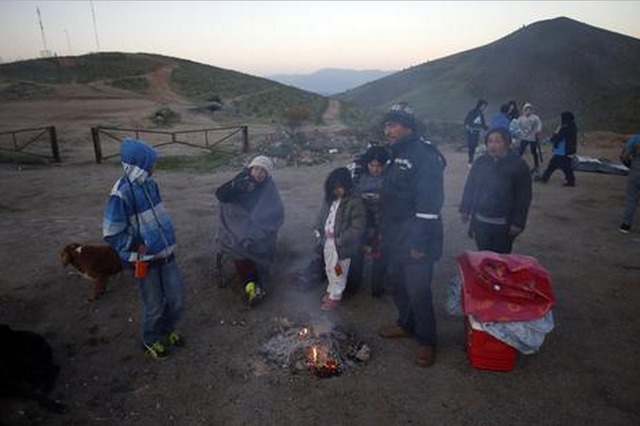 Safety Status of Missionaries in Chile After Earthquake Displaces 1 Million

At least 10 people are dead, one missing, and 1 million displaced after a powerful 8.3-magnitude earthquake struck the coasts of Chile Wednesday night just before 8 p.m., according to CNN.  The earthquake struck 177 miles north of Santiago and 29 miles west of Illapel, creating waves up to 16-feet high and creating power outages for nearly 250,000 homes.

Advanced warnings and quick reaction by government officials led to the successful evacuation of 1 million along the Chilean coastline, and among them were many LDS missionaries, all of whom are safe after the earthquake.

"We are grateful to report that all missionaries in the area near the earthquake in Chile are accounted for and safe," Eric Hawkins, spokesman for The Church of Jesus Christ of Latter-day Saints, told the Deseret News. "Our prayers are with the people of this region as they deal with the effects of this natural disaster and also with those who may yet be affected by further impacts."

Currently in Chile, there are 10 missions, one completed temple, and one under construction, 579,235 members, and over 2,000 missionaries.