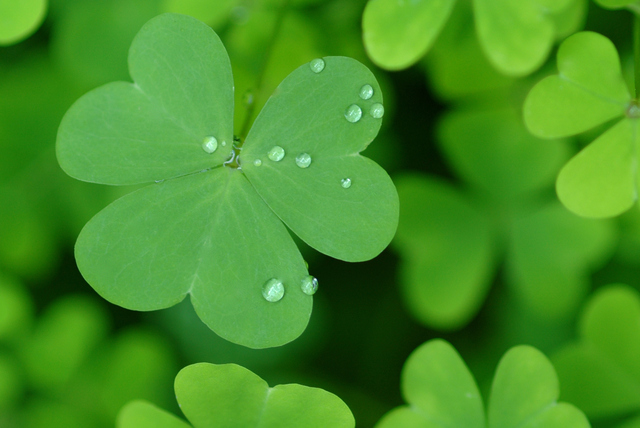 Saint Patrick: Worthy to be Called a Saint

Having learned something of St. Patrick's life finds my mind drifting each March to the Emerald Isle of over 1500 years ago, when a sixteen year old boy was captured and sold into slavery by Irish pirates.

Patrick was born on the west coast of England in the early years of the fifth century. He was a Roman Christian, "a simple countryman . . . a beardless boy," as he described himself. This was a dangerous time to be alive. Rome was falling and the legions that once protected the civilized life in Britain were leaving, exposing the island to a never ending series of raids. One such attack took the teenaged Patrick from family and friends across the Irish Sea where he pastured flocks on Ireland's hills in the cold rains and wind of the northern winters. Now the boy, who by his own admission, "did not know the true God . . . did not keep his precepts" found his only solace in prayer. "I used to pray many times a day," he wrote. And God, knowing the heart of Patrick, began to mold and shape his instrument for the salvation of souls and the lifting of a country, a whole continent, out of darkness. After six years of misery and slavery, the clay was ready for the Potter's wheel, and God spoke to Patrick for the first time.

"Your hungers are rewarded. Soon you will depart for your home country. Behold your ship is ready." With this assurance, not knowing where he was being led, but confident that "the power of God was directing my route," Patrick ran from his master, crossed Ireland, and found a ship on the southern coast which took him to northern France. Though not yet home, he was free. There followed a perilous journey covering many miles and requiring great faith before he returned at last to a family who thought he was surely dead. Yet one more journey awaited him, one that would encompass the rest of his life.

Barely restored to his family's embrace, God called and Patrick listened. "In a vision of the night," he said, "I saw a man coming as if from Ireland with innumerable letters, and he gave me one of them, and I read the beginning of the letter: The Voice of the Irish. I seemed at that moment to hear many voices crying as if with one voice: We beg you, holy youth, that you shall come and shall walk again among us." Others who wrote of Patrick’s call to teach Christianity to the Irish said the voices were the voices of children, those born and yet unborn, thousands of youthful voices crying out for the truths, the parables, the solace, and the hope of Jesus’ life and teachings. "I was stung intensely in my heart so that I could read no more and thus I awoke."

There followed years of study in the scriptures to prepare himself for the call. In time he was ready and one morning, a small boat with Patrick and a few friends pushed through the waves and sand of the Irish coast, then inland past the forests and rivers, past the meadows and the deep green of the fields, past the rolling hills and into the soul of the Celtic people. Patrick came to Ireland as a boy, a slave, he returned with a forgiving heart, with the love of Christ--and God worked his miracle with this youth, for when he died many years later the voices of the children had been answered. They and their own children for generations, into the last edges of time, would know the gentle God who walked the shores of Galilee, would know that they too held a place in his heart. He sent them Patrick--God's gift to the Irish and to all of us. In time Irish monks, inspired by the example of their patron saint would spread throughout Western Europe teaching the barbaric tribes who had invaded the old boundaries of the Roman Empire. They, like Patrick, would bring goodness and light, the civilizing force of their knowledge, into a world on the brink of darkness.

"I was like a stone lying in deep mire," Patrick wrote, "and he that is mighty came, and in his mercy raised me up and, indeed, lifted me high and placed me on the top of the wall. And from there I ought to shout out in gratitude to the Lord for his great favors in this world and forever that the mind of man cannot measure."

What are the real treasures of a country, the pearls of great price, the enriching gifts, each nation offers the world? Do we find them in the crowning majesty of their natural wonders? Certainly! Are they inherent in the literature, the art, the architecture, or the music that lifts and edifies us? Of course! Do we discover those treasures in the moral values and ethical dignity of their religious or philosophic view of life? Without doubt! Yet I think the truest measure of a nation's cultural wealth is found in the lives of its greatest people for herein we discover the heartbeat of a nation, the pulse that is truest to itself.

I will return to Ireland again, for how can one resist the magical pull of its thousand shades of green. I will climb the grey, moss-claimed stones of its castles with their sweeping vistas of the Irish Sea, and, yes, kiss the Blarney Stone. I will hike once more along those jagged coastlines dotted with cottages staring out to sea. I will share in the bustling energy of Dublin which pulses with the rhythm of Celtic dancers celebrating their heritage to the mystic music of a singing violin. For all this is Ireland.

Yet, when I walk through the ruins of the old Irish monasteries with their round towers, high crosses, and simple stone churches, I will think of Patrick and hear fading on the night breezes and across the still lakes and green forests the voices of children. They are voices of gratitude, and my own voice will mingle with theirs.

--- This article was originally posted March 16, 2010. S. Michael Wilcox recently retired as an instructor at the institute of religion adjacent to the University of Utah. A frequent speaker at Brigham Young University Education Week, Michael also conducts tours with Fun for Less Travel, tours of the Holy Land, Church history sites, Europe, China, and Central and South America. Find out more about these tours.