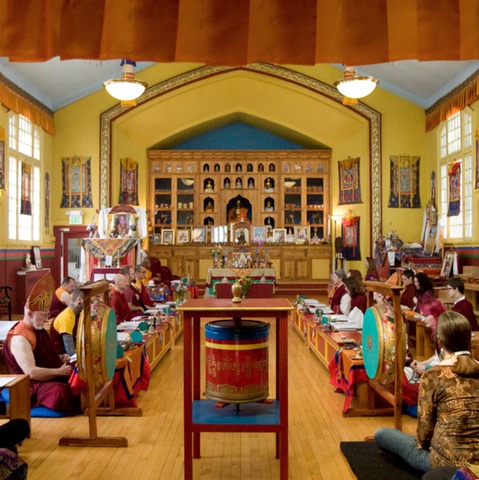 One of these temples, though, is simple and understated, while the other is ornate and awash in traditional Asian colors. And the details of their sacred spaces reflect very different — even opposite — historical trajectories.

The Salt Lake Buddhist Temple, home to Utah’s oldest and most continuous Buddhist congregation, is nestled into a crowded city block near the Calvin L. Rampton Salt Palace Convention Center. The building sits unobtrusively in an area now noted for parking lots and industrial spaces but was once a bustling neighborhood known as Japan Town.

This temple has the look and feel of a Protestant church, and that is no accident, says longtime member Brenda Koga.