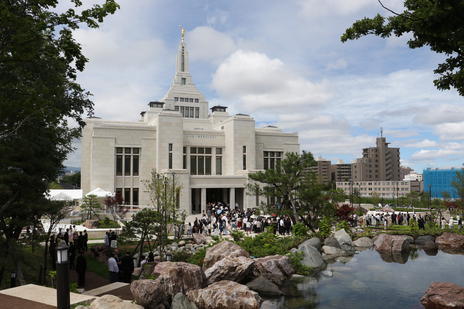 This beautiful building will not only bless the lives of those who enter its walls, it also is the fulfillment of several prophecies.

The Sapporo Japan Temple—dedicated in three sessions on Aug. 21 by President Russell M. Nelson—is the result of decades of faith and sacrifice by Latter-day Saint pioneers in Hokkaido, who never doubted a temple would one day be built on Japan’s second largest island.

► You'll also like: Video: Architectural Details About the Sapporo Japan Temple That Will Blow Your Mind

The 48,480 square-foot building—a literal fulfillment of repeated prophecy—stands as a beautiful symbol that the Church will continue to prosper in Hokkaido, said President Bin Kikuchi, chair of the local temple committee and the first president of the Sapporo temple.

“This area is strong in faith,” he said.

LDS missionaries first arrived in Sapporo in 1905. But the mission closed in 1924 and did not open again until after World War II. Missionaries returned to Hokkaido in 1948.