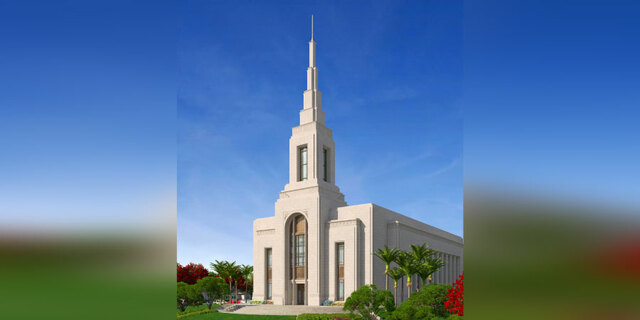 See a Rendering of the Auckland New Zealand Temple

The First Presidency of the Church of Jesus Christ of Latter-day Saints announced today that the Auckland New Zealand Temple groundbreaking will take place on Saturday, June 13, 2020.

Elder Ian S. Ardern, Pacific Area president, will preside at the event. Attendance at the site is invitation only, with the general public invited to view the ceremony live from local meetinghouses in New Zealand. Additional details will be forthcoming.

The temple, which was first announced in October 2018 by President Russell M. Nelson, will be located on Redoubt Road in Manukau. Once completed, the Auckland New Zealand Temple will be the second temple built in New Zealand, following the Hamilton New Zealand Temple.

Open house and dedication dates will be announced after the temple is built.

More than 114,000 Latter-day Saints live in New Zealand. They are spread throughout 225 congregations.

Temples of The Church of Jesus Christ of Latter-day Saints differ from meetinghouses or chapels, where members meet for Sunday worship services. Temples are considered sacred spaces where holy ordinances are performed, including marriage to unite families for eternity.