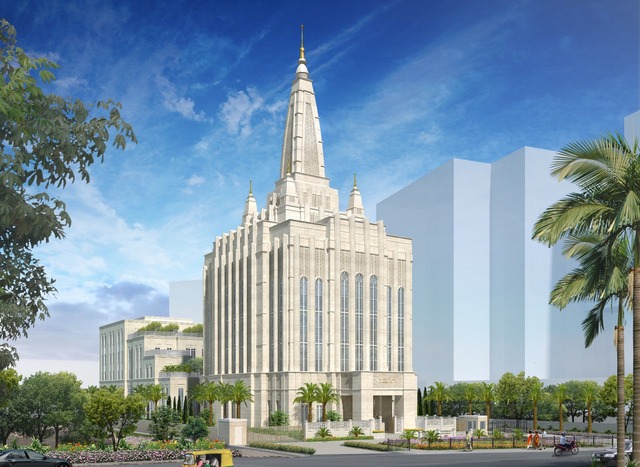 An exterior rendering has been released showing the planned Bengaluru India Temple of The Church of Jesus Christ of Latter-day Saints.

The 38,670-square-foot temple will be built on a 1.62-acre site at 2-B, Garudachar Palya, Mahadevapura, Bengaluru, Karnataka, in India. The temple was announced in April 2018 by Church President Russell M. Nelson.

Detailed plans for this temple are still being developed. Further information will be made public later. A groundbreaking date has not been set. Project leaders will soon start working with local government officials to begin the permitting and design approval process. 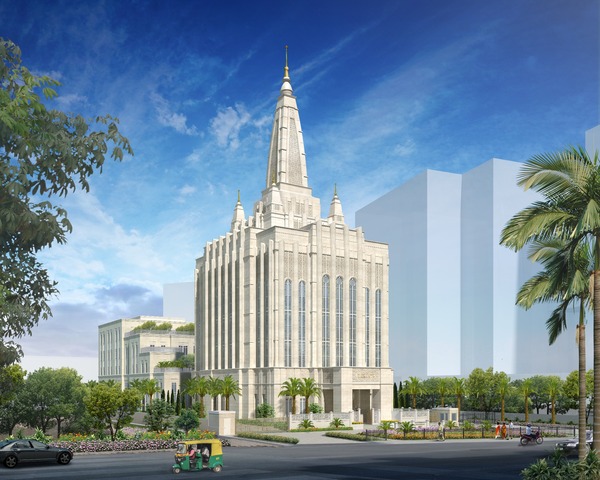