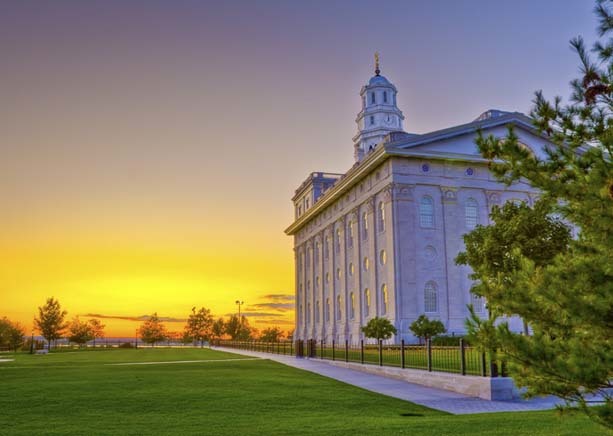 Similarities Between Mormon Temple Rituals and Free Masonry: One Important Truth to Consider

For those familiar with Masonry and Mormonism, there are some obvious similarities between the rituals conducted in Masonic Lodges and LDS temples. The critics claim that Joseph Smith created the LDS temple endowment by simply borrowing what he had learned from Free Masonry. Latter-day Saints might ask, “What is the true relationship between Mormonism and Masonry?”

Masonry was common and popular among the men of Joseph Smith’s day and locale. Joseph’s father and older brother were both Masons, and Joseph did, in fact, join the Masons prior to revealing some aspects of the temple endowment ritual. It seems apparent that Joseph incorporated some of the ritual signs and symbols from Masonry to teach the truths taught by the endowment. But why? Why would Joseph use Masonic rituals and imagery to teach newly revealed truths?

It should be noted, from the beginning of this discussion, that the ritual is not the endowment, but how the endowment is taught and presented. “Endowment” means “a gift,” and the gift being given is promises and blessings. The ritual is the wrapping paper: it is how the gift is presented to us. In similar fashion, Catholics understand that Mass is not the Holy Communion but how Holy Communion is given to the congregation. [This article] discusses the fact that prophets frequently adapt common symbols and language to convey sacred truths such as Paul’s use of the common folk belief in contemporary “magic” to heal believers with special handkerchiefs (Acts 19:12).

Researcher Michael Griffith points out that Solomon’s temple and the Mosaic tabernacle had several motifs in common with pagan religions including the Phoenicians and the Egyptians, yet God Himself instructed the Israelites on how to build the tabernacle (Exodus 25–30). Even the Law of Moses, Griffith explains, had numerous striking similarities with earlier pagan legal codes—a fact that has been noted by numerous Bible scholars.

"Although Joseph Smith freely admitted relating Masonry and Mormonism, to assert that Joseph’s Mormonism was simply the direct product of borrowed Masonry is too naive and incomplete a conclusion by itself. Joseph’s Masonry was not a conventional one. He attempted to restore it in much the same way the gospel was restored. That is, he saw Masonry, like Christendom, as possessing some important truths which could be beneficially extracted from what was otherwise an apostate institution.

"Supplementing revelations with material pulled from his immediate environment, Joseph Smith, through a process we might call synthetic eclecticism, created a potpourri of beliefs and practices, accompanied by didactic instruments—symbols—to visibly remind the Saints of their identity, goals, and commitments."1

It should also be noted that not all temple rituals have Masonic counterparts. Washing, anointing, vicarious work for the dead, and sealing, for example, have no equivalent in Masonic ritual, but they do have parallels to other ancient religious rituals. Some of the temple rituals and symbols have ancient antecedents in the Bible, uniquely LDS scriptures (such as the Book of Mormon and Pearl of Great Price), early Christianity, and ancient Judaism.2 LDS scholar, Dr. Kenneth Godfrey observes that sacred ceremonies existed all over the ancient world and were modified by Egyptians, Coptic Christians, Israelites, Masons, Catholics, and Protestants. “Common elements include the wearing of special clothing, ritualistic speech, the dramatization of archetypal themes, instruction, and the use of symbolic gestures.”3 There is a wealth of evidence suggesting that the LDS temple endowment restores authentic ancient Christian ordinances while utilizing Masonic imagery to teach and present those ordinances. 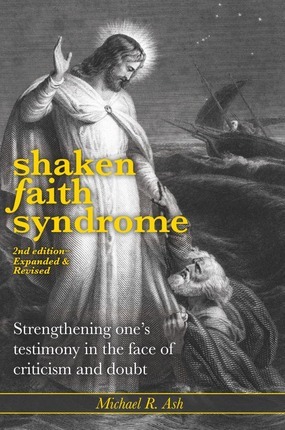 In today’s Internet-savvy world an increasing number of Latter-day Saints are encountering anti-Mormon material. Since most members don’t have all the answers at their fingertips, LDS-critical claims can be unsettling or create doubt. Some arguments have caused a few members–even active members with strong testimonies–to lose their faith.

Backed by extensive research and decades of experience dealing with anti-Mormon allegations, Michael Ash explores how we can be both rational thinkers and devout believers.

This second edition of Ash’s widely successful Shaken Faith Syndrome includes more than 50 additional pages of material such as up-to-date highlights from scholarly studies that support the Book of Mormon and Book of Abraham, more discussion on how our brains and emotions handle challenging issues, and a brand new chapter on race issues and the Church.