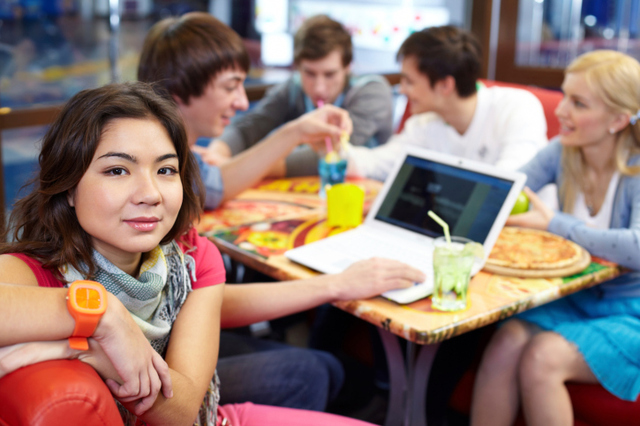 Single Saints: Hanging Out or Copping Out?

The scene: One guy. One girl. (Ok, ok. It was me.) Hang-out buddies clearly interested in one another. They hang out at birthday parties, movie nights, and pool parties. A month goes by. There’s lots of texting and chatting on the phone, but still no date. After another month of this, boy and girl rarely see each other and hardly ever talk. Why no happy ending for these two? Simply put, hanging out had become a habit too hard to break.

For many young single and even mid-single adults, the practice of dating has been replaced with the practice of hanging out. I confess. I’ve done it! I go to volleyball matches with my buddies and get sushi every Thursday night after Institute. The guys like to be around the girls, and the girls like to chill with the guys. Where’s the harm in that? In the beginning, absolutely nowhere! Getting to know one another in a casual environment is a great chance to break the ice and become friends first.

But as wonderful as hanging out can be, it can lead to some pitfalls. Men and women begin to be too comfortable as friends, and that friendship often creates a warm, fuzzy barrier that feels too good to break. The world of dating can be filled with sharp rocks that cut you and leave scars. Staying within the confines of hanging out might protect you from those scars. But pretty soon that comfort zone turns itself into a petri dish for fear and complacency.

Let’s face it. If I only hang out with my friends and don’t actually venture into the scary world of dating, I will not suddenly find myself—poof!—across the altar with Prince Charming in the temple. As Elder Dallin H. Oaks said, “Dating is not a team sport.” (In case you haven’t read his talk, “Dating versus Hanging Out” lately, please do. It’s a really good kick in the pants.) Eventually, the play comes down to a one-on-one connection. Dating is what gives you the chance to make that connection. Remember, it takes two to tango. Not three. Or four. Or eight.

So why has dating become extinct? I’ve seen people point fingers at everything from scared guys to lazy guys, from women making it too easy for the men to women making it too hard for the men. No matter the theory, I believe the epidemic of hanging out simply comes down to those rocks and thorns that dating brings. No one wants to get hurt. No one wants to be rejected or end up with a broken heart. Hanging out might not hurt you. But dating inevitably will.

I say brave it anyway! Date wisely, date frugally, but date. You’ll be grateful for the bad experiences you go through, because if it weren’t for them, you wouldn’t know what a good one looks like. Dating can lead to the greatest joy you may ever know. And where there’s no risk, there’s no reward. Take a chance. Roll the dice. It could just be the biggest pay-off of your life!