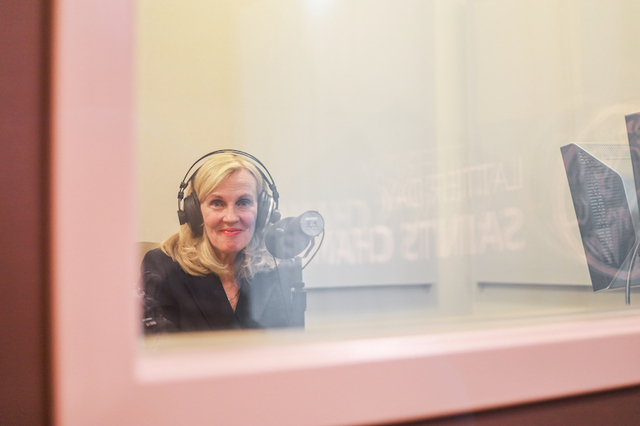 The Young Women’s program has undergone many changes in recent years. In this week’s Latter-day Saint Women podcast, Sister Elaine S. Dalton, Young Women General President from 2008–2013, shared her thoughts with hosts Karlie Guymon and Shalyn Back about the some of those changes.

During Sister Dalton’s service, the value “Virtue” was added to the Personal Progress program. But in 2020, Personal Progress was retired and the Children and Youth Program was implemented in its place. A new Young Women Theme was also created. When asked how she reacted to these changes, Sister Dalton shared that before the new theme was announced, the General Young Women Presidency invited her as well as other living past Young Women General Presidents to the Young Women office. While there, the current presidency unfolded the new plan for the Young Women program.

“At the very end of that meeting, Sister Cordon read us the new Young Women Theme. And the thing that happened to me was an overwhelming witness of the Spirit, that this was divinely revealed and that this was in place for the young women of this time. And I will never be able to deny that,” she said.

After the theme was read aloud, Sister Dalton said former Young Women General President Sister Ardeth Kapp was asked how she felt about the changes, since Personal Progress grew significantly during her service and Young Women values were introduced during her tenure. Sister Dalton remembered how Sister Kapp responded without pause, saying that she believes in continuing revelation.

“And that is what it was, and we all knew it in that room that day. And when this was announced, I cried. I'm sure the other Young Women Leaders did, too, because the Lord is so mindful of us and the times that we are living in,” Sister Dalton said.

Addressing the hosts, Sister Dalton continued, “And you two memorized the Young Women theme—that was for you, and you will carry that with you and . . . it was specifically for you and your time and what you will become. And this next Young Women theme is for the young women today. And so the Lord’s in the details. He is.”

One of her favorite parts of the Young Women Theme, Sister Dalton said, is how it mentions Heavenly Parents.

“I think the statement, ‘Heavenly Parents,’ is a wonderful acknowledgement. Of course, I think we’ve always known that we are daughters of Parents, a Father and a Mother, but I think that acknowledgement will help the Young Women of today, to understand that,” she said.

Listen to the full podcast, which includes Sister Dalton’s thoughts on virtue as well as motherhood, on the Latter-day Saint Women podcast.