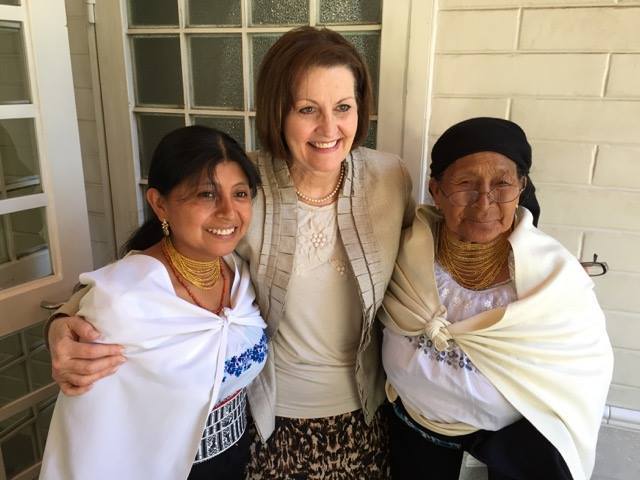 Sister Linda K. Burton on Her Marriage, Motherhood, and "I Was a Stranger"

Sister Linda K. Burton studied elementary education at the University of Utah, served as a seminary teacher, and raised six children before being called as the 16th Relief Society General President. After her release last year, she shared with us some beautiful insights into her life and her powerful testimony of the Savior.

What is your favorite hymn or Primary song?

I have loved the hymn “I Stand All Amazed” since I was probably 6 years old. “Oh, it is wonderful, wonderful to me” expresses my heartfelt gratitude for the atoning sacrifice of our Savior Jesus Christ for me, individually!

My favorite Primary song has been “He Sent His Son” since 1984. I told about my sweet experience with this song in a talk I gave in the First Presidency Christmas Devotional in 2015.

What was the best part of your calling as Relief Society General President?

That is a very difficult question to respond to since there were so many “best” parts about that sacred calling. Narrowing it down, however, I would probably have to say that it was working closely with consecrated, disciples of Jesus Christ—both female and male—on a daily basis who have become my dearest friends. I am a better person having been influenced for good by them.

Another “best” part was being inspired by people all over the world who cheerfully live their lives with faith in the Savior, Jesus Christ, despite their individual mortal challenges. My heart has been permanently touched and changed forever to have seen up close the sacrifices made by many who serve without fanfare as an evidence of their faith in and love for our Heavenly Father and our Savior, Jesus Christ.

What kind of responses to the “I Was a Stranger” initiative have you seen?

Within hours of the announcement of the “I Was a Stranger” effort, my email was filled up with eager responses from sisters and brothers around the globe who had felt prompted to do something to help either just prior to that announcement or who immediately went to work to do their part to help.

I was particularly touched to hear of a sister who went to her knees and asked the Lord what she could do to participate in a meaningful way. She was a musician and was inspired to begin a community choir, inviting refugees and people of all races, creeds, and denominations to join with them in singing. She noted that music is a catalyst for friendship and unity that bridges language barriers. Using her talents and inspiration to minister to those in need brought together her community.

What are some of your hobbies?

Anything that involves my family—I love reading, playing games, cooking, going for long walks, and even jumping on the trampoline occasionally with my grandchildren. I’m a beginner at family history and am excited to make this my forever hobby.

When did you know you wanted to marry your husband?

It didn’t take long for me to recognize my husband as someone I needed to carefully consider as an eternal companion, although I did not communicate that to him early on. I think we had only dated a couple of times when we went to visit his cousins. I was deeply impressed watching as he interacted naturally and joyfully with the children there. Shortly after that, I was studying my patriarchal blessing, and a phrase that I had passed over and not prayerfully pondered before sank deep into my heart. It referred to my husband as someone who would be a good father to my children. I could see Craig as the one the Lord was describing in my patriarchal blessing. He has proven to be not only a fabulous father but the greatest blessing in my life!

What has been your biggest challenge as a mother?

Tell us about your new book, Certain Women.

“Certain Women” was written as a talk for the April 2017 General Women’s Session just before I was released as the Relief Society general president. The intent was to help inspire the women of the Church who see themselves too often as unremarkable, and perhaps even sometimes invisible or unimportant to the work of the Lord, see themselves as vital participants in the work—disciples dedicated to preparing for the Savior’s glorious return.

What is something most people don’t know about you?

I am really pretty shy and would rather be working in the background—like in the kitchen—than being out in front of hundreds of people.

What is the best piece of advice you ever received?

I have been given a lot of great advice over the years. But one piece that has influenced me, particularly in Church callings, came from a young bishop. Decades ago, I was called to serve as a counselor in our ward Relief Society to one of the most angelic women I have ever known. I was a very young mother, overwhelmed with the calling and feeling very inadequate. Sensing my insecurity, the bishop wisely counseled me to remember that we are all at different points along the path of discipleship and the Lord patiently allows us to serve no matter how imperfect or inadequate we might feel. He then assured me that the Lord would help me if I put my trust in Him. President Monson said it best and reiterated it when he called me to serve as well, “Whom the Lord calls, the Lord qualifies!”

Is there anything else you would like the LDS Living audience to know?

We are known and loved individually by our Heavenly Father. He sent His Beloved Son as the greatest evidence that He truly loves us! I have been blessed to feel the very real love He has for His children. I know if we stay on the path, cleaving to our covenants, heeding the words of the prophet and laying aside the things of the world, He will lead us safely home. His plan is a plan of happiness, and our Savior’s atoning sacrifice is central to that plan. This is His Church, and He leads it through His chosen servants. I know these things for certain! 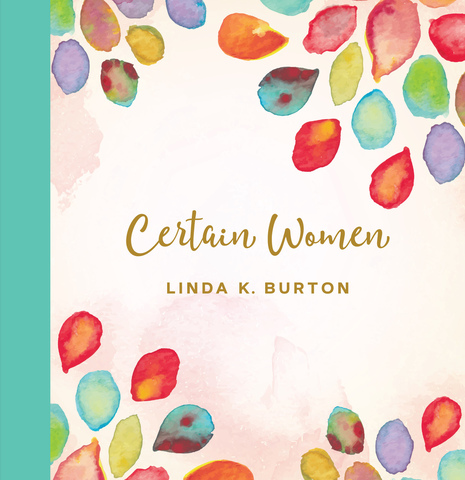 Has your life been blessed by certain women who were confident, dependable, and assuring during difficult times? Do you hope to be that kind of certain woman for someone else? Sister Linda K. Burton, recent Relief Society General President, shares stories from the New Testament, church history, and women of today who have stood firm as disciples of Christ and shared their certain witness both in word and action. These women inspire each of us in any role or circumstance—even when we feel distracted, discouraged, or soul-stretched—to be confident, positive women, who, like Martha, can declare our certain witness, "I believe that thou are the Christ, the Son of God" (John 11:27).