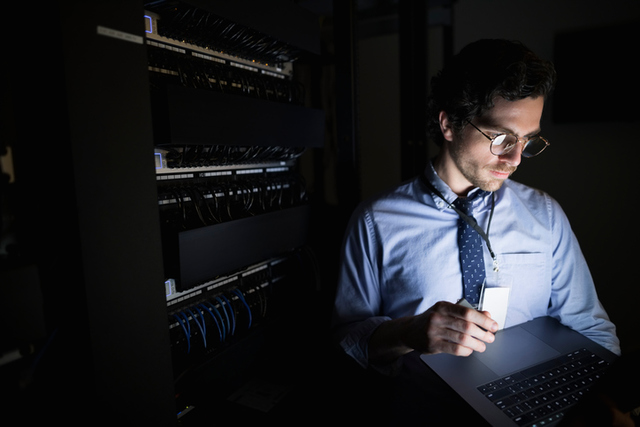 Sponsored: A Cybersecurity Degree Can Lead to the Career You Want

Everyone wants a stable, good-paying career, but not everyone takes the same path to get there. For Katie Jackson, the traditional road through a four-year college was not a good fit.

“I had tried going to college right out of high school and I went for a couple of years but I didn’t know what I wanted to do and it was super frustrating so I just stopped going,” Jackson said.

But then she heard about the cybersecurity program at LDS Business College. She had heard of LDSBC before, Jackson said, but she didn’t realize they had such a wide variety of programs and degrees available. Jackson knew a degree in cybersecurity would set her up for a high-paying career so she enrolled in 2016.

Her experience at LDSBC was immediately better than her first college experience. Jackson said she loved the smaller classes and gospel-centered campus. There was a calm, peaceful feeling on campus, she said, and she received more help and support than she did at a four-year institution.

The academic experience was also better. For example, all the instructors had experience working in IT.

“They could relate,” Jackson said. “They didn’t just give you theoretical stuff.”

She and her classmates also had many opportunities to apply what they had learned in real-world situations such as competitions.

“It gave us more real-life, hands-on applications of what we were learning,” Jackson said. “You can read about something all day long but once you have it in front of you, knowing what to do with it is something different.”

And the hands-on learning and experience paid off. After just one semester in the LDSBC cybersecurity program, Jackson landed a help desk job. After her second semester, she got a job with the LDS Church in the security operations center. That job meant she had to transfer to an online university to accommodate her new work schedule, but Jackson credits LDSBC with getting her there.

“You get so much information and knowledge and experience in a short amount of time,” she said. “You get in and get out and start making more money faster. I don’t know why more programs don’t do it that way.”