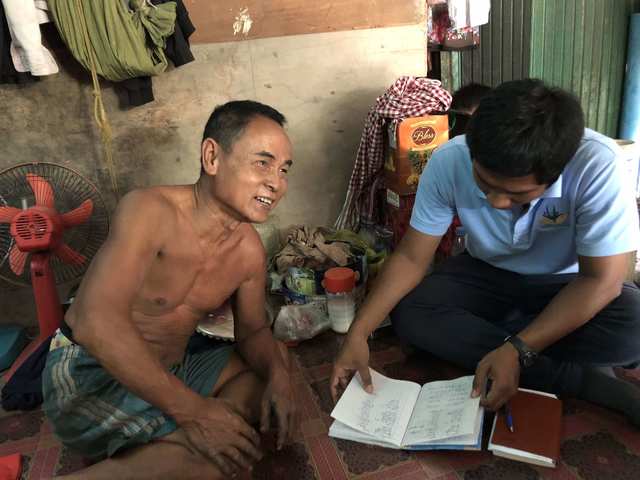 Sponsored: How You Can Help Cambodians Living In Poverty

Oung Ham provides for his family by fixing bikes and motorcycles. Before working with Cambodia Job Foundation (CJF), Oung earned $5 a day which was barely enough to support his family. Oung joined CJF’s 12-week Academy for Business Creation course.  After completing the course, Oung applied for and received a small business grant, as well as financial and savings training. With mentoring and ongoing help from CJF, Oung was able to double his income and now makes $10 a day.  He also saved $500 and used it to build a new motorcycle shop.  Because of principles learned from CJF, he was able to start a new branch of his business where he buys second-hand bikes and repairs them.  His example is just one of hundreds of individuals CJF is helping.

CJF’s mission is to help Cambodians living in poverty progress economically, become educated and self-reliant, and improve the standard of living for their families.  CJF’s programs include training individuals in small business, finances, English, and computer skills, as well as creating businesses and jobs for individuals in need.  Last year over $400,000 was generated in income by small businesses facilitated and mentored by CJF.

Even though based here in Utah County, CJF is making a big difference in the lives of Cambodians living half a world away.  Join them this year at their annual Festival of Light! gala held on Friday, October 25th at the Show Barn at Thanksgiving Point.  Enjoy a night of delicious food, silent and live auctions, and entertainment by Broadway and Tuacahn singer and actress Mindy Smoot Robbins along with the Utah Conservatory of the Performing Art’s youth performers.  Come share your light and make a big difference in someone else’s life!  You can find more information, buy tickets, or donate at cambodiajobfoundation.com.