Sponsored: Is the Mormon “Sweet Tooth” (Excess Sugar Consumption) the Culprit in the LDS Obesity Epidemic? 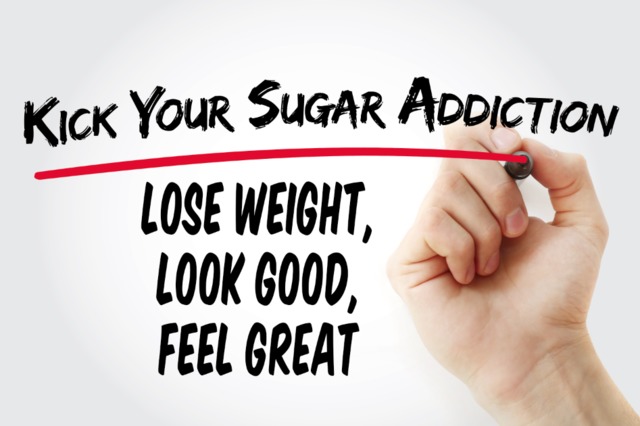 Research conducted at BYU on religion and obesity shows Mormons are 34% more likely to be overweight than members of other religions. All one has to do to verify this statistic is to notice the preponderance of overweight adults and children in many LDS church congregations.

Obesity seems to be epidemic in Mormondom. Why is this? Especially when Mormons have a revelatory health code that promises healthy bodies and minds to those who follow it.

Utah: USA “Sweet Tooth Capital” The Probable Answer
According to the Hershey candy company, Utah leads the United States in the consumption of sweets. Hershey executives refer to Utah as the “sweet tooth capital” of the United States.

Sweets such as cookies, cakes, pies, donuts, sweet rolls, ice-cream, and soft drinks are ubiquitous at LDS events and family gatherings. Sugar-based foods are the main source of nutrition in many LDS diets. Can excess sugar consumption be the culprit in the LDS obesity epidemic?

Excess Sugar Converted to Body Fat
When we consume excess sugar, our liver converts this excess to body fat that settles mostly in the stomach, buttocks, thighs, upper arms, neck, and face. This not only affects our weight and appearance but is the leading cause of diabetes, heart disease, and may be a major contributor to neurodegenerative diseases such as senior memory loss, dementia, and Alzheimer’s.

Sugar as Addictive as Cocaine?
Many scientists believe sugar is as addictive as cocaine. Breaking the sugar addiction is both difficult and painful. So, how do you overcome this powerful addiction in order to lose the 40, 50, 60+ pounds of excess body fat you’ve put on through the years of excessive sugar consumption?

To lose the “sugar weight” they resorted to a series of low-calorie, near-starvation diets (1,200 calories or less a day). On each diet, they initially lost some weight (mostly water and muscle tissue) but were eventually overcome by cravings for sweets.  They gave into those cravings by binging.  They then went back to their old sugary eating habits where they gained all the weight back plus an additional 10%+ of excess body fat.

This yo-yo cycle of binging, dieting and weight gain continued throughout their lives until they ended up in what they considered a hopeless, chronically overweight condition they thought they would never be able to overcome.

The Solution: Reduced Sugar & Plentiful Eating Made the Women Lean
Fisher wondered what would happen if his overweight dieters ate plenty of wholesome, non-sugar food instead of dieting. Within a few weeks of healthy & plentiful eating, Fisher’s overweight subjects began to experience dramatic weight loss.

Their bodies transitioned into a state of ketosis where fat was burned and its byproduct ketones became the primary source of energy instead of sugar. Over a period of a few months, their fat reserves seemed to melt away. Nearly all 400 women were able to achieve their body’s natural, ideal weight. Most kept the weight off for good. (Click Here to Learn How to Help Induce Ketosis with U.S. Navy-Researched & Patented Ketone Supplementation)

Joins Forces with Stanford University to Overcome Impatience
Some people became impatient because they wanted to lose the weight overnight or had difficulty weaning themselves off of their sugar addiction. Fisher and his colleagues joined forces with Steve DeVore, founder of SyberVision Systems, who was doing research on self-motivation and resilience at the famed Stanford University Neuropsychology Research Laboratory. DeVore added a self-motivation component to Fisher’s program.

The result was a self-paced audio program called “The Neuropsychology of Weight Control.“ It was featured in a nationally televised documentary called “Lean for Life.” It became an overnight success. Over one million overweight dieters purchased and joined the program.

Thousands of Testimonials (Read atwww.GetLeanNow.info)
Soon, thousands of testimonials flooded SyberVision headquarters attesting to the effectiveness of Fisher’s anti-sugar, anti-diet program. Men and women who had been 30 to 200 pounds overweight all of their lives suddenly became lean and active. And they stayed that way.

Study & Identify Successful Weight Loss Strategies
After years of gathering dramatic testimonials, Fisher and DeVore decided to study the people who had experienced dramatic loss with the program (30 to 200 pounds) —people who were able to permanently keep the weight off—in an effort to make the program even better. What they learned they added to a new, super-charged program called The New Neuropsychology of Weight Control.

Introducing “The New Neuropsychology of Weight Control“ Program
The new program teaches you the correct principles behind dramatic and lasting weight loss and how you can apply and manage those principles to make them a lifetime habit— so you can lose all the weight you want and keep it off for the rest of your life.

“The New Neuropsychology of Weight Control” is guaranteed to dramatically transform your body, mind, and spirit!

Learn about a powerful new ketone nutrient, developed and patented by the U.S. Navy & the University of South Florida, that helps curb your cravings for sugar and accelerates your body’s ability to burn fat for energy instead of sugar, go to: