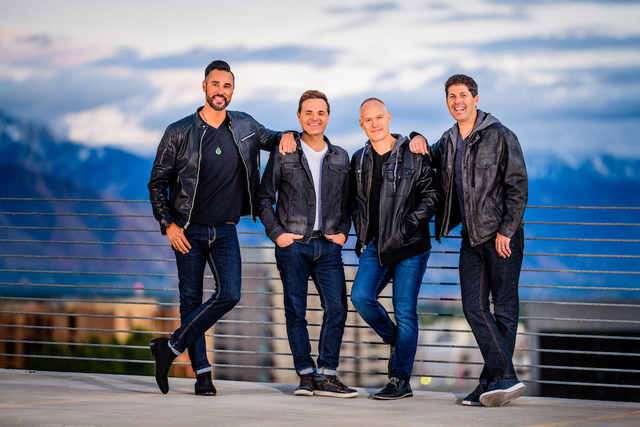 Sponsored: The Piano Guys announce the release of new album "10" in celebration of their tenth anniversary as a group

Having spent the last decade together releasing chart-topping music, debuting stunningly original music videos, and touring in sold-out venues across the globe, THE PIANO GUYS will celebrate their tenth anniversary as a group with the release of their tenth new album 10, out November 20. The 2-disc album reflects on The Piano Guys’ greatest career moments thus far with 15 newly-remastered fan-favorite tracks from the past decade as well as introduces their next chapter with 7 brand new songs and 6 tracks never-before-released on CD.

Over the course of the past decade, The Piano Guys have reached a series of unprecedented milestones on an unbelievable journey around the globe. Among countless memories, the gold-selling Utah quartet—Jon Schmidt [pianist, songwriter], Steven Sharp Nelson [cellist, songwriter], Paul Anderson [producer, videographer], and Al van der Beek [music producer, songwriter]—could cite gravity-defying performances on a speeding train, playing under the shadows of international wonders a la The Great Wall of China, or gracing world-famous stages such as Carnegie Hall, Red Rocks Amphitheatre, Sydney Opera House, and beyond.

“I remember playing cello on the edge of a rocky oceanside cliff with the waves splashing up, and all I could think was, ‘Man, am I glad my dad made me practice’,” Steven laughs. “When you hit double digits on anything, it makes you do a double-take and causes introspection. We’re in a mood of real gratitude. There have been highs, lows, and extreme times. If you take the running average, it’s been quite a ride. We’ve been rolling down the hill, bumping into things, and rubbing off our edges. Today, we’re more invested emotionally and spiritually in what we’re trying to accomplish. That’s why this album is so important to us. There were extraordinary moments, but there have also been moments alone in a practice room where I just thought, ‘Wow, I can’t believe music has made me into who I’m trying to be’. If you work hard enough at an instrument, you’ll inevitably be able to close your eyes, start playing, and feel like you’re flying. In essence, that really is the story of The Piano Guys.”

In the end, The Piano Guys may be ten years older and wiser, but they cling to the same values and mission that brought them here ten years ago.

“We hope 10 brings the spirit of joy and hope into the hearts of those who listen to it,” Steven leaves off. “We hope there is ten years’ worth of effort on our part injected to the point where it comes across authentically, and we hope, maybe, it does some good.”