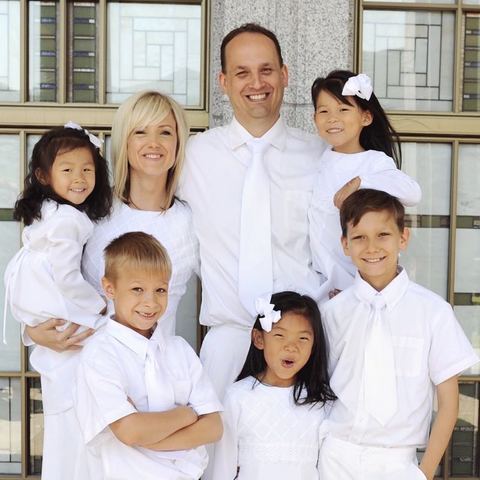 What all began as a fun way to help a Latter-day Saint family in China stay connected with the temples of The Church of Jesus Christ of Latter-day Saints, five years later Brick’Em Young has grown to provide many unique temple models to members of the faith worldwide.

Brick ‘Em Young, Suzanne and Tim Calton’s brick toy block venture, began in 2014 with a simple goal: teach their young children the importance of temples while living in Shanghai, several hours by plane away from the nearest temple in Hong Kong.

Motivated by their son’s excitement for plastic building bricks, they ultimately created and began selling a large model of the Salt Lake Temple with about 1,500 pieces. The Caltons learned Mandarin Chinese on their missions for the church (Suzanne in Gaoxiong, Taiwan, and Tim in Sydney, Australia), and have been able to use their language skills to bring Brick’Em Young to life.

“It has been fun for us to use our mission languages to help on the manufacturing side of Brick ‘Em Young and make this happen,” said Suzanne Calton.

Five years later since Brick’Em Young was established, the Caltons have added three children to their family, adopted Chinese girls, and they continue to live abroad in China. They’ve expanded their product offering to include models such as the Salt Lake, Nauvoo, Provo City Center, Manti, Logan, Idaho Falls, Cedar City, St George, Oakland, Bountiful, Cardston Canada and the small temple design used for Palmyra and 40 other temples around the globe. At the beginning of this month, the three newest models (Oakland, Bountiful and Cardston) are available to purchase at www.BrickEmYoung.com. 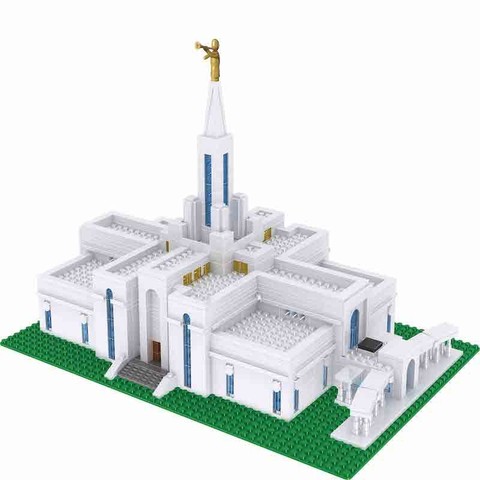 In addition to temple models, Brick’em Young has also expanded to a variety of figurine sets, including both Elder & Sister Missionaries, Bride & Groom, Moses, Nativity and a Book of Mormon set featuring Captain Moroni, Ammon, Abish, Samuel the Lamanite, Lehi & Sariah to name a few.

The Caltons said they’ve been surprised, and thrilled, to see “builders” (customers) from countries around the world send in photos of their completed models. The Brick 'Em Young website includes an impressive gallery of customer photos from Mexico, Brazil, England, Germany, Ghana, Taiwan and Australia, just to name a few of the countries the Calton's company has reached.

So what keeps the Caltons going, Suzanne Calton said their models create a fun, purposeful activity the whole family can enjoy.

“Many parents have expressed excitement about having a project for their children to do which does not involve electronics,” said Suzanne Calton. “It makes an ideal gift as it connects faith, family and fun.”

She said their children have also shared the sets as gifts, using them as a creative way to teach and share about their faith. 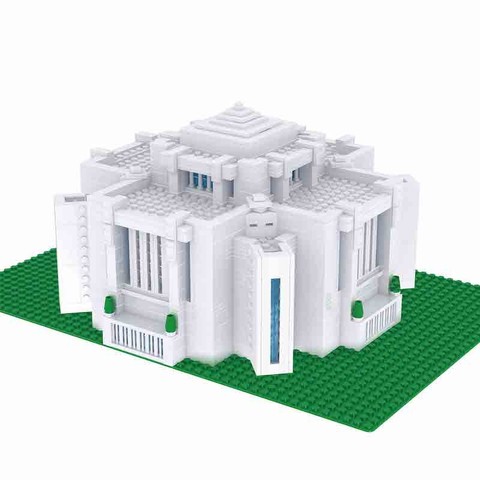 “Our three girls love to build Brick ‘Em Young sets and give them out as gifts to their school teachers and nonmember friends," she said.

Brick ‘Em Young encourage builders to involve the whole family when working on building block sets, including parents and siblings of all ages. While the larger temple sets age recommendation is 12 and older, Suzanne Calton said some advanced younger children enjoy the challenge and are able to complete the sets independently. The average build time ranges from 3-6 hours making these sets a perfect Sunday afternoon or Conference weekend activity.

Looking for an activity younger children can enjoy? The small Salt Lake Temple set has fewer than 600 pieces, and the figure sets are all designed to be easier to assemble and have a recommended age of 8 or older. Suzanne Calton said they’re particularly excited about the new Book of Mormon figurines which should be a good learning aid for Come Follow Me next year in 2020.

Now through August 31st, get 15 percent off your order from Brick ‘Em Young using the promo code "PIONEER" at checkout, and enjoy free shipping on all purchases! 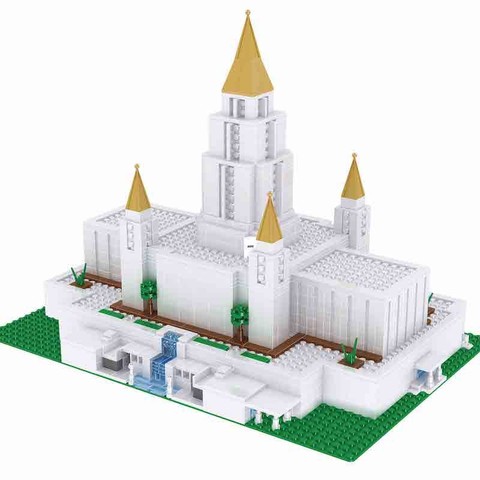