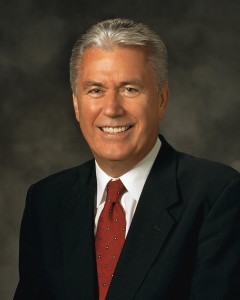 Stories of Success after Persistence

President Dieter F. Uchtdorf, Second Counselor in the First Presidency, also learned the value of persistence as a boy. At age 11, young Dieter was required to study English at his school in West Germany. It seemed an impossible task.

“I thought my mouth was not made for speaking English,” he recalled in his October 2006 general conference address. “My teachers struggled. My parents suffered. And I knew English was definitely not my language.”

Then something changed in his life. He discovered aviation. His greatest desire was to become a pilot. He imagined himself in the cockpit of an airliner or a fighter jet.