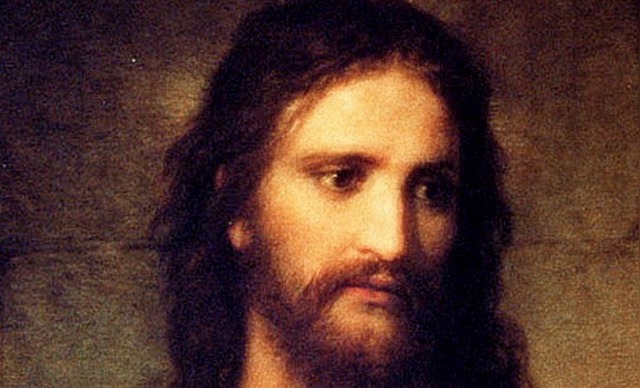 Struggling to Forgive My Ex-Husband: 4 Lessons I Learned from the Savior

But, looking through my own life with my own eyes is much, much harder.  I think that’s true for all of us; it’s much easier to see someone else’s problems than our own.  Sometimes, though, the Lord will tip the perspective just enough so we can see our life through His eyes as He sees us.  I had an experience like that a few years ago that taught me about forgiveness.

Meeting with My Ex-Husband

It was a meeting I was not looking forward to, as we hadn’t met face to face since the divorce, but this involved the children and I felt I needed to speak to my ex-husband in person.  Because of past history and my own lack of self-confidence at that point, this was not an easy thing for me to do.  In fact, I wasn’t even sure I could muster the courage to pull it off, but I had made the arrangements, and now it was time.

As I showered to get ready for this meeting, all the things I never got to say to him welled up inside of me,  and the hurt and pain turned to anger as I worked up a lather in more ways than one.  It was as if the years of pain, betrayal, manipulation, lying, and deceit paraded before my eyes, taunting me, and belittling me.  I was wracked with a pain that shook my very soul.

A Comforting Voice Saying the Impossible

Suddenly, in a small voice deep inside of me, I heard these words: “A lot of filthy water has passed under the bridge that we’ve just crossed, but I want you to know, I forgive you.” What?! Forgive him? But what about this?  And what about that?  Who’s keeping score?

The words came again: “A lot of filthy water has passed under the bridge that we’ve just crossed, but I want you to know, I forgive you.” I stopped to catch my breath, and the tears welled up where the anger had been.  I started to cry, and then started to sob a deep, soul-wrenching sob that went deep down to that place where the pain was attached to my very soul. Those sobs wrapped themselves around the pain in my heart and wrenched it free, and it all washed down the drain with my tears.

When we stood to leave from our meeting, I stopped to face him and heard myself say those exact same words: “A lot of filthy water has passed under the bridge that we’ve just crossed, but I want you to know,” and my voice caught with emotion, “I forgive you.”  There.  I said it.  And I meant it.  No matter what happened from that point on, no condemnation of him would come from me.  It was over, and I was free.

Lessons Learned from the Savior

It was obvious to me that only the Savior could have taken the hurt and replaced it with sweet peace.  It is precious, but so difficult to achieve.  Why? Because we have to let go of the scales of justice and let the Lord be the judge, trusting that He will make everything right in His way.

I had the privilege of setting “The Beatitudes”* to music awhile ago, and I had the same experience in writing this work as I have had when working on musicals, namely, I saw the scene through the character’s eyes, and in this case, it was Christ’s eyes, and the eyes of those who heard Him for the very first time.  These passages taught me much about forgiveness.

We have to keep in mind the setting, of The Sermon on the Mount, as related in Matthew chapter 5, which contains what is known as “The Beatitudes.”  The Lord’s audience had many who were looking for a Messiah who was a mighty military leader who would lead them out of Roman captivity.  Instead, here was Christ teaching of “the poor in spirit,” “the peacemakers,” and “the merciful.”  He was teaching them to take the “high road.” Here is what I personally learned about forgiveness from His teachings:

2. “Blessed are they that mourn: for they shall be comforted.” Often times, we think of mourning only in terms of grieving a death of a loved one, but it can also be the death of a marriage, or the death of an ideal, or a disappointment, failure, or heartache.  When that mourning is the result of being wronged by another person, the way to be “comforted” is to forgive and to allow the sweet peace of the Savior to fill your aching soul.

3. “Blessed are the merciful: for they shall obtain mercy.”  In the eternal laws of heaven, there is a penalty for every wrong; there is no mercy inherent in the law of justice.  The only way that mercy is introduced into that equation is through our Savior, Jesus Christ.  He pays the price for our mistakes and allows the Father to have mercy on us and forgive us.  However, we are strictly warned that in order to receive the benefits of the atonement, specifically His mercy, we must offer the same benefit to others.  To be forgiven, we must forgive.  To receive His mercy, we must be merciful.  That is how the atonement works.

4. “Blessed are the peacemakers: for they shall be called the children of God.” When I forgave my ex-husband, it was not well received.  The response was flippant, and it was obvious that he was not the one who received the peace from my forgiving him; it was I who received the peace.  I was the peacemaker, and I made peace within myself, but the Lord is the peace giver. I could not give him peace or bring peace to myself; only the Savior can do that.  If we forgive others, He can forgive us, and we become His children.

We can’t always choose what kind of water goes “under the bridge” of our lives, but we can always choose to either cross safely over it, or wallow in it and run the risk of drowning.  Forgiveness is the “high road” that leads to peace and safety through the Savior, Jesus Christ.

*Note: Cathy Neff’s musical setting of “The Beatitudes” is part of a Musical Treasury called “The Ministry of Christ,” which is currently being featured on Kickstarter.com.